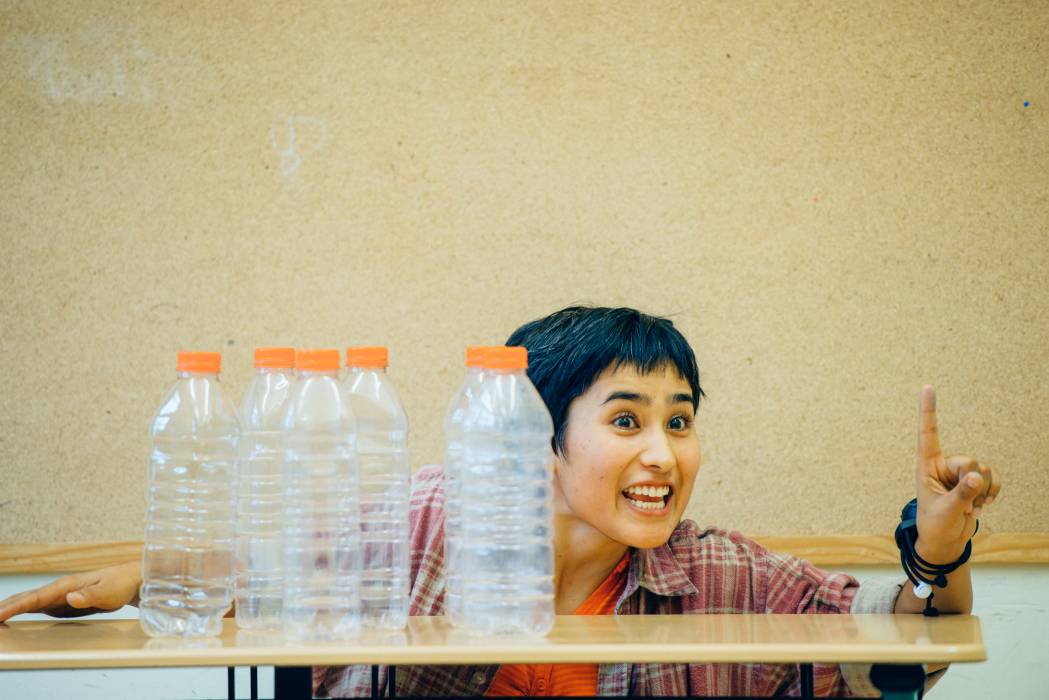 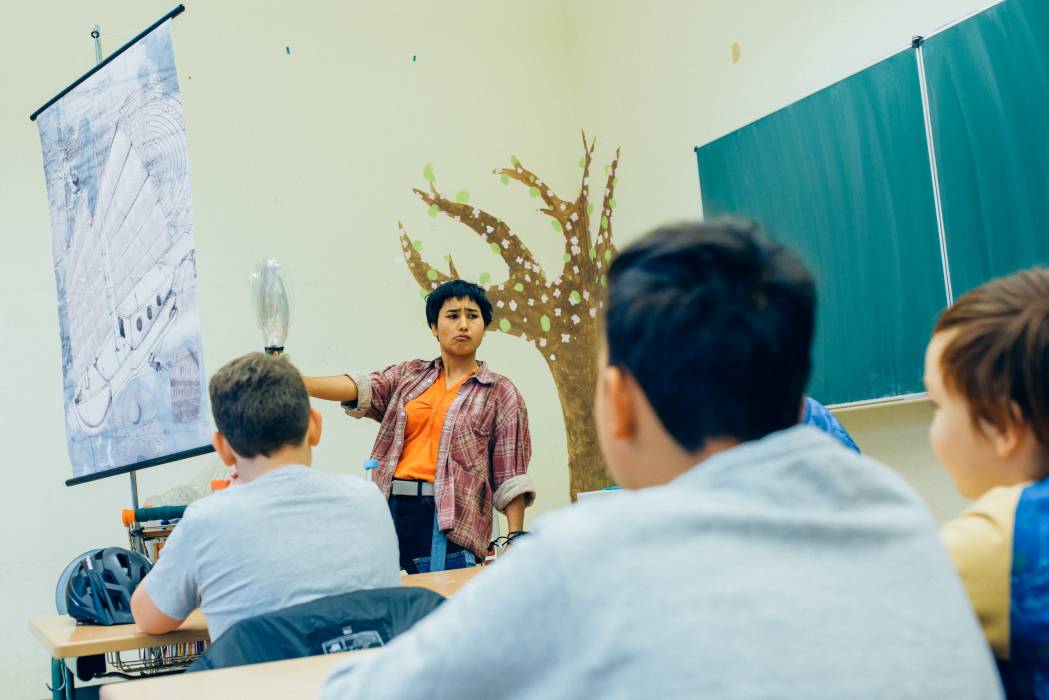 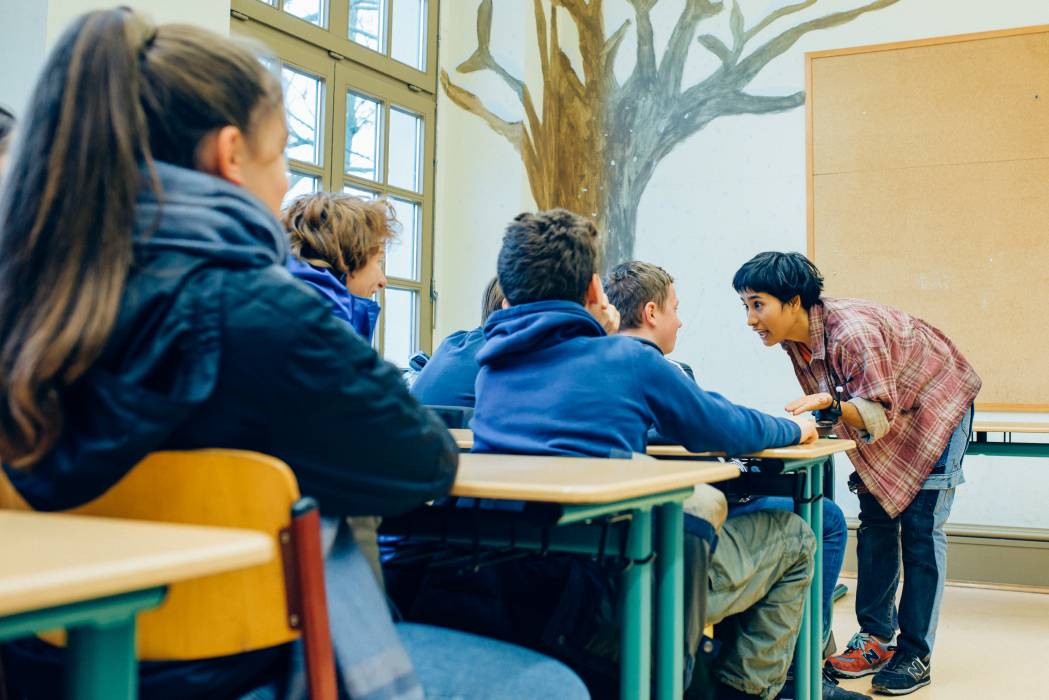 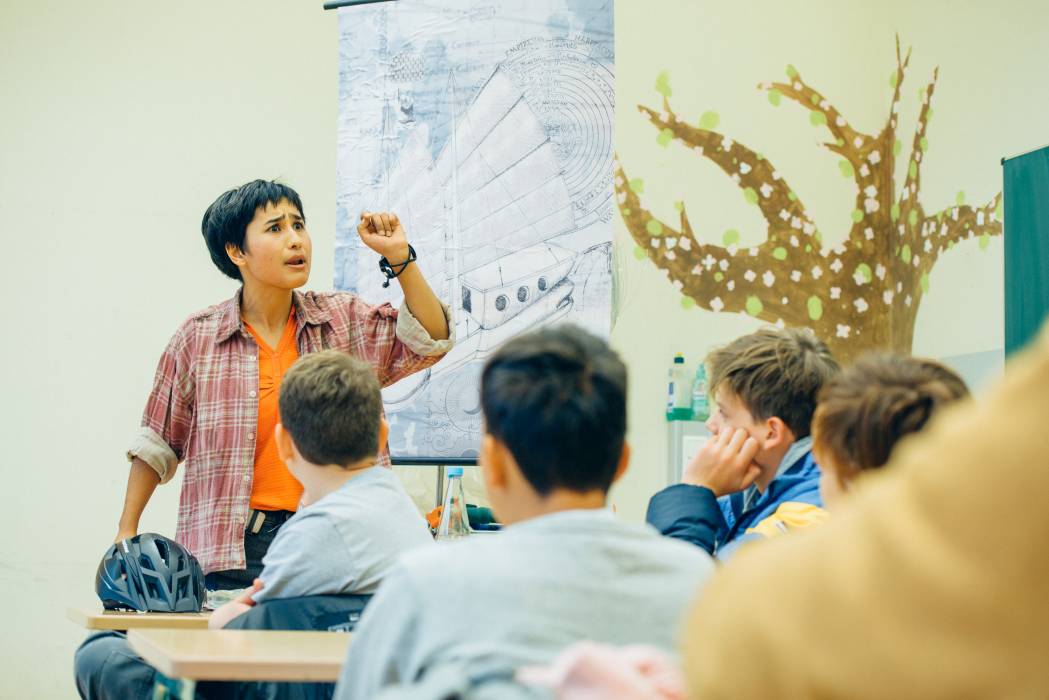 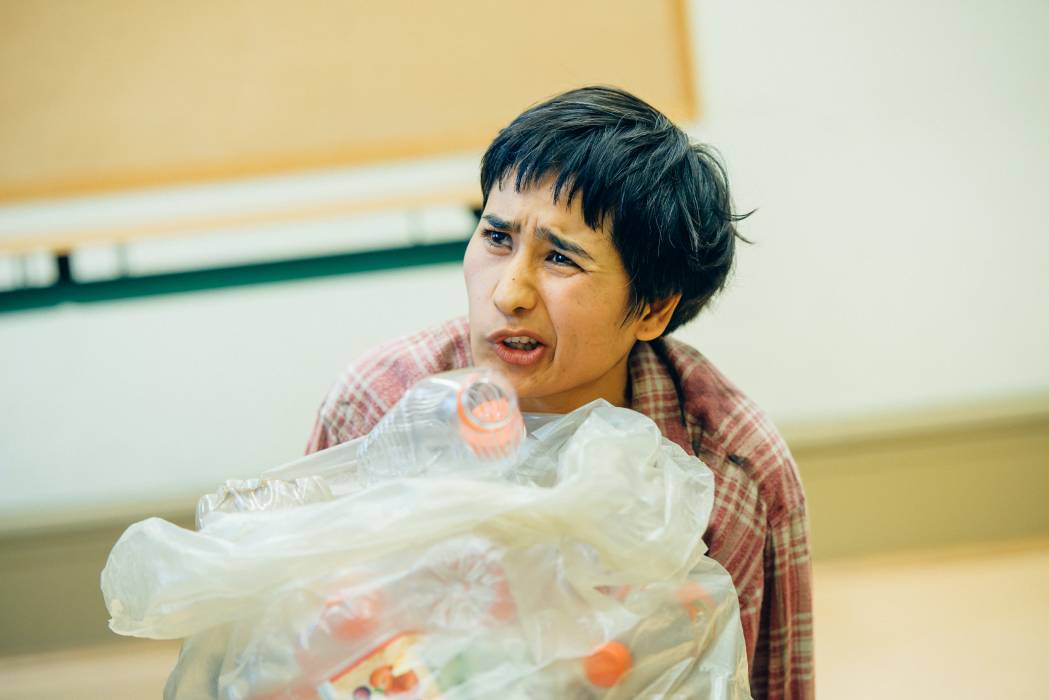 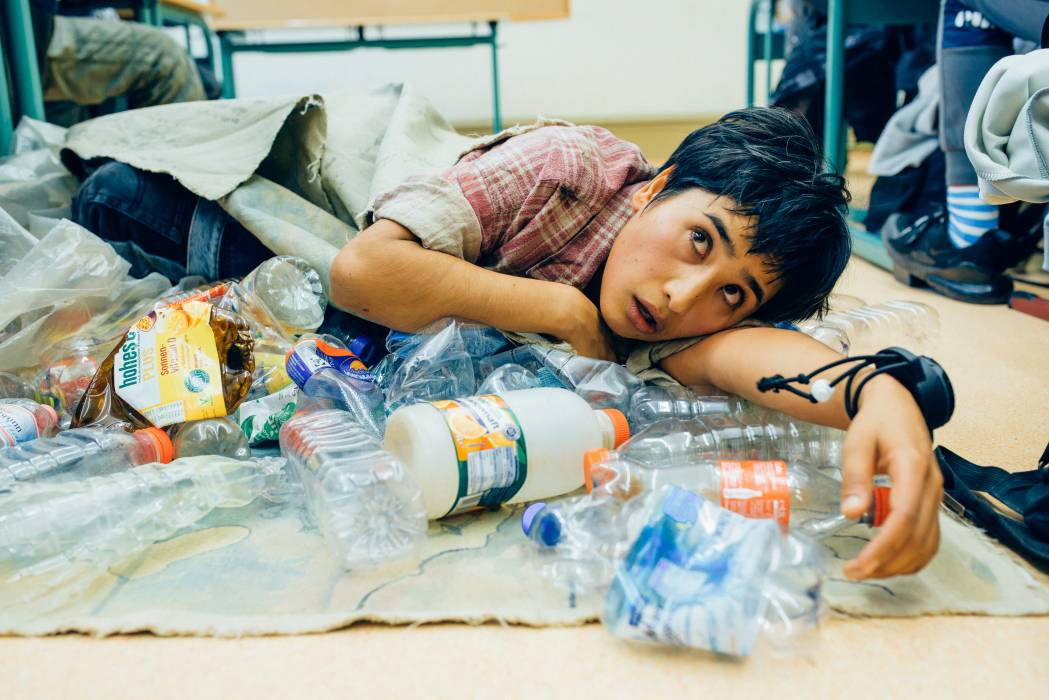 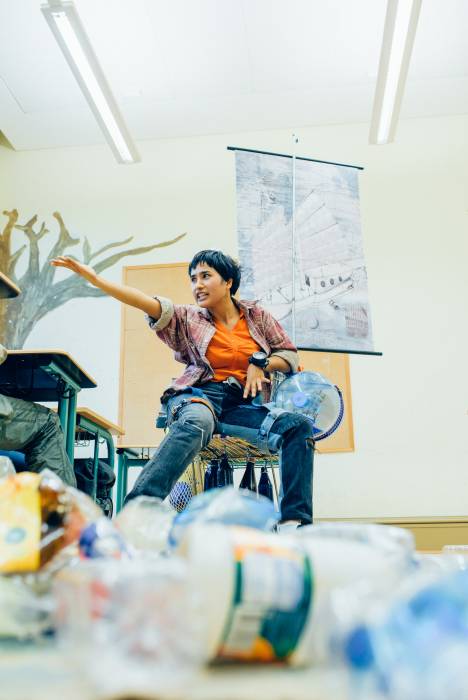 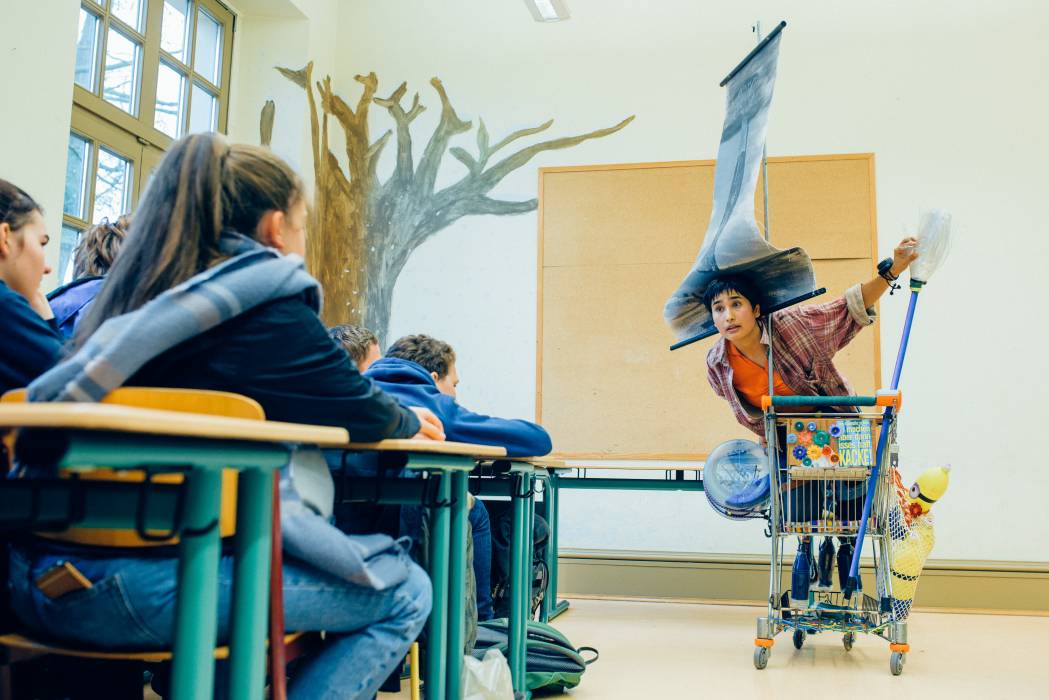 Waking up in a spacious beverage crate, Petty Einweg is greeted by the neon light of the world. Before long, she embarks on an exciting journey. In joyful anticipation of her next destination, she soon finds herself among millions of other empty bottles in a garbage dump. Eventually she’s washed into the ocean, gets swallowed by a whale and discovers that she’s starting to disintegrate.

The mass distribution and consumption of household plastics sparked a revolution: plastic was cheap, durable and long-lasting. But now just 60 years later, it has become one of the greatest challenges of our times, for plastic can be found in places where nobody wants it: floating in the oceans, in the stomachs of fish, and as microscopic particles in our food. The world is literally consuming plastic – life without it would be hard to imagine, but something has to change. But how?

Jens Raschke, who wrote the prizewinning play »What the Rhino Saw on the Other Side of the Fence« for the DNT in 2015, has now written this new monologue for presentation in classrooms in and around Weimar. The production will be Jens Kerbel’s directing debut at the DNT.

Funded by the Thuringian Ministry for the Environment, Energy and Environmental Protection