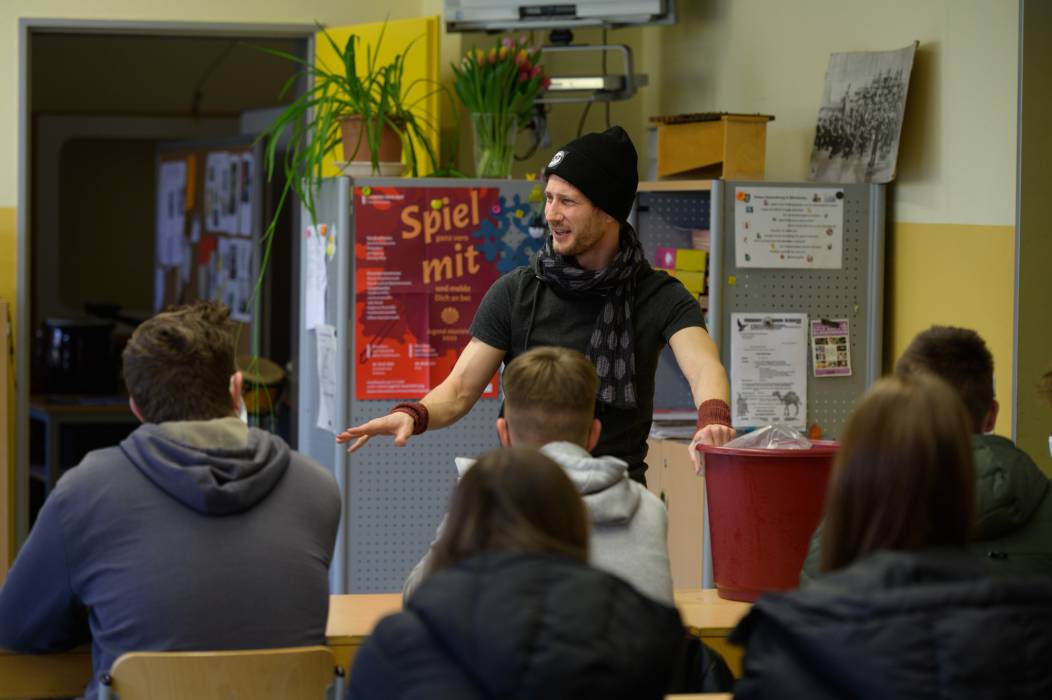 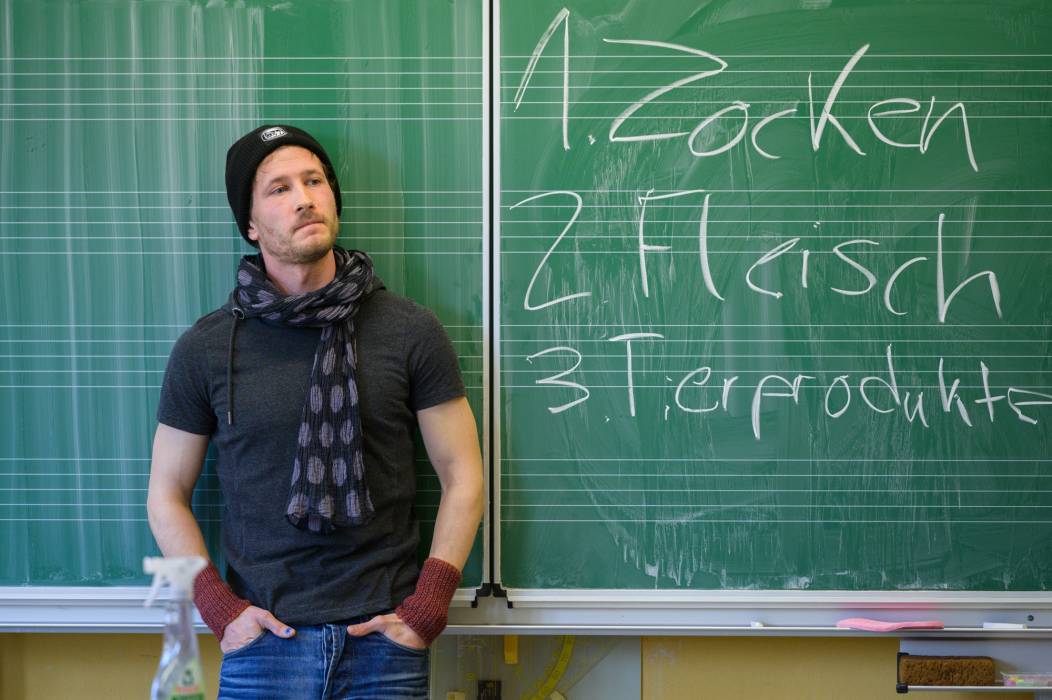 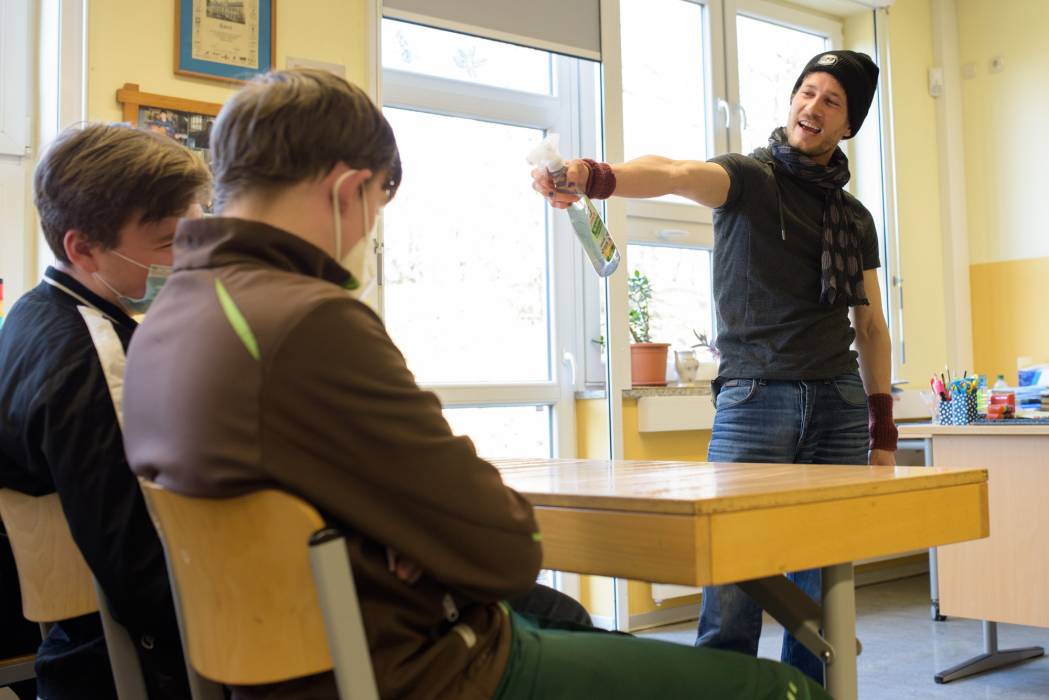 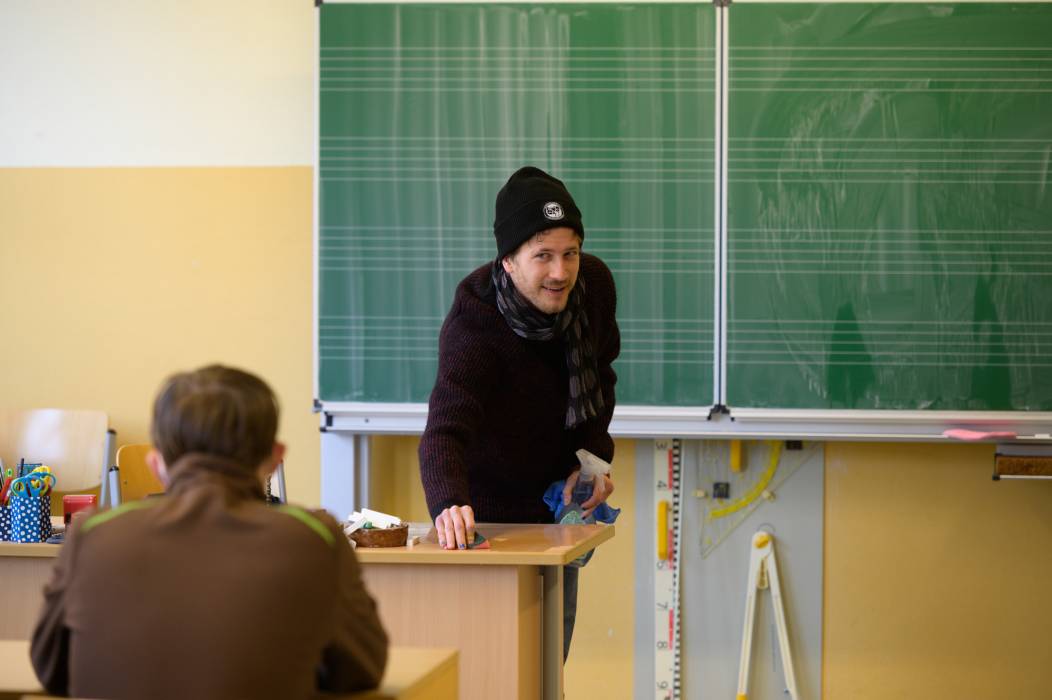 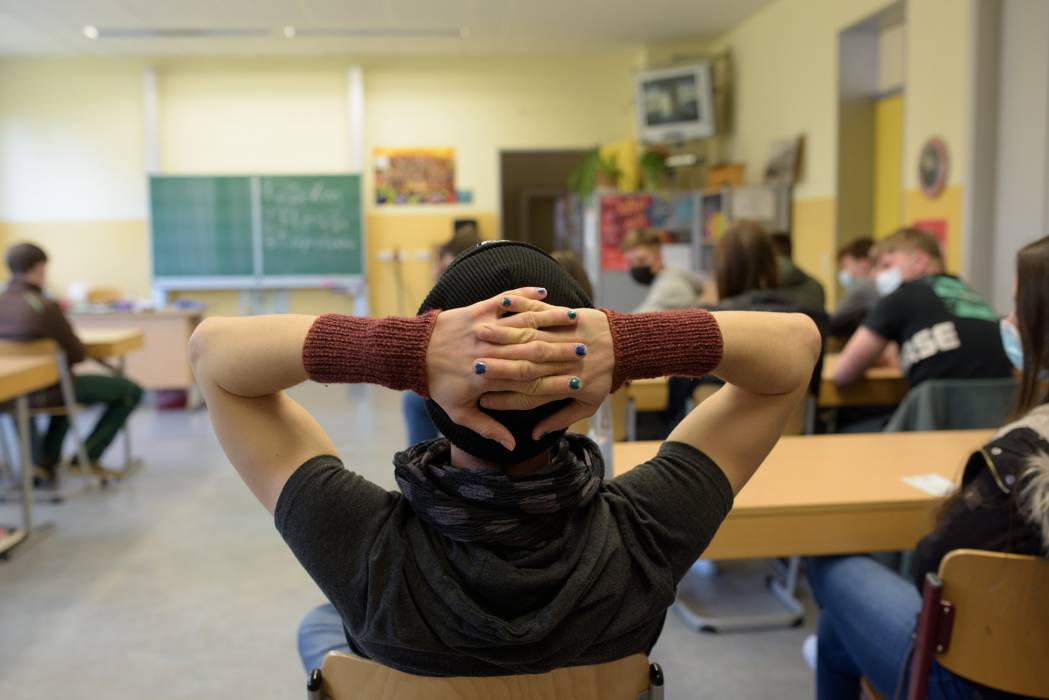 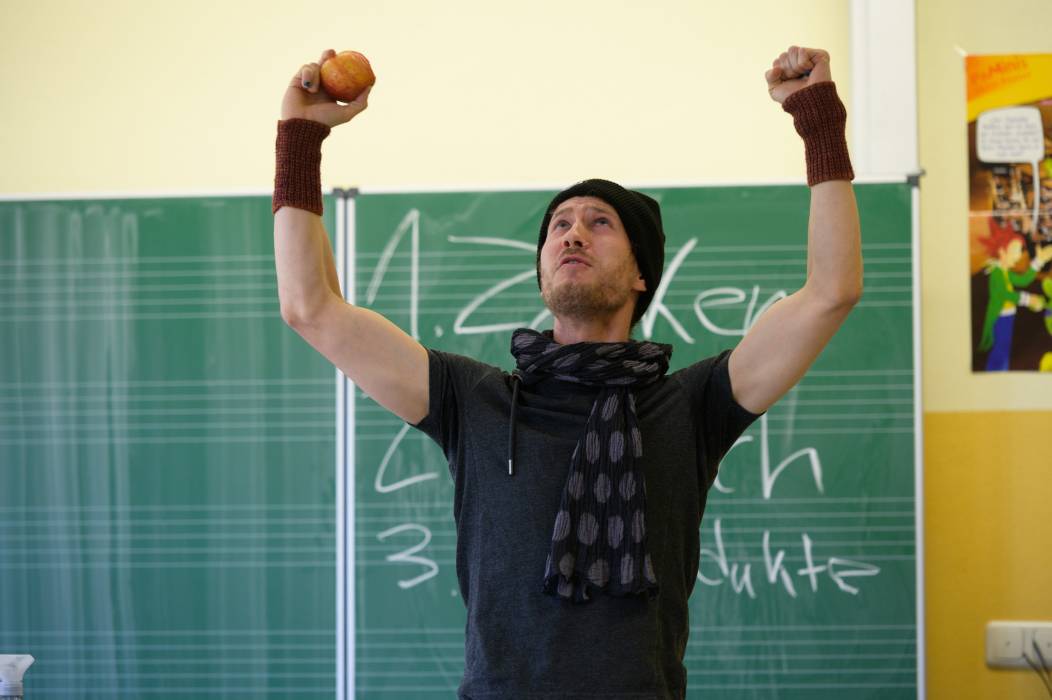 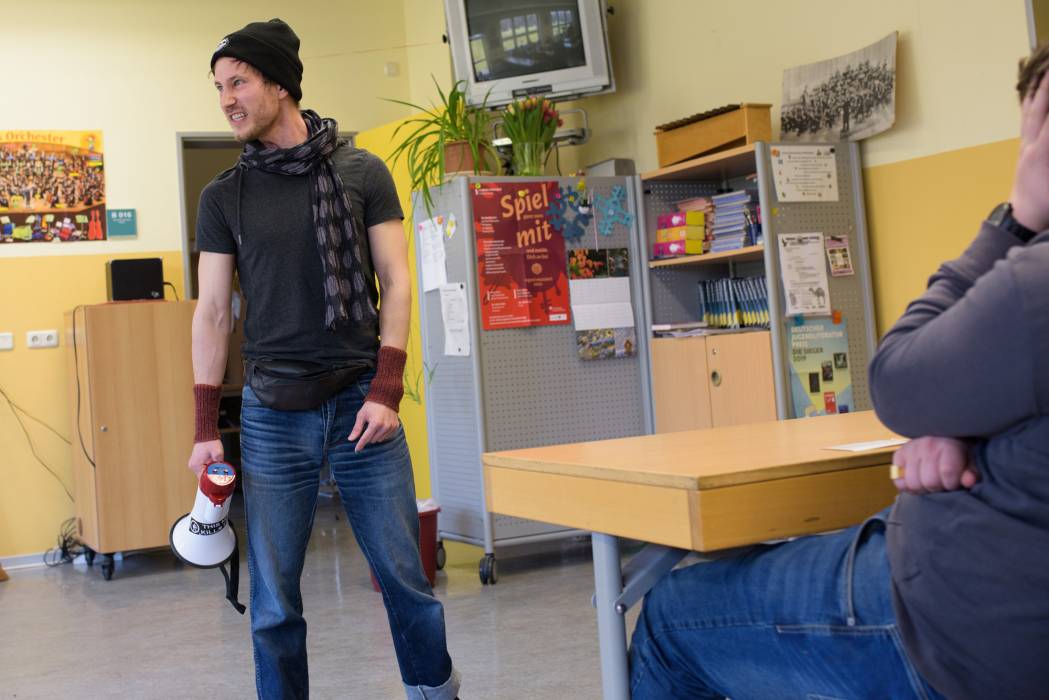 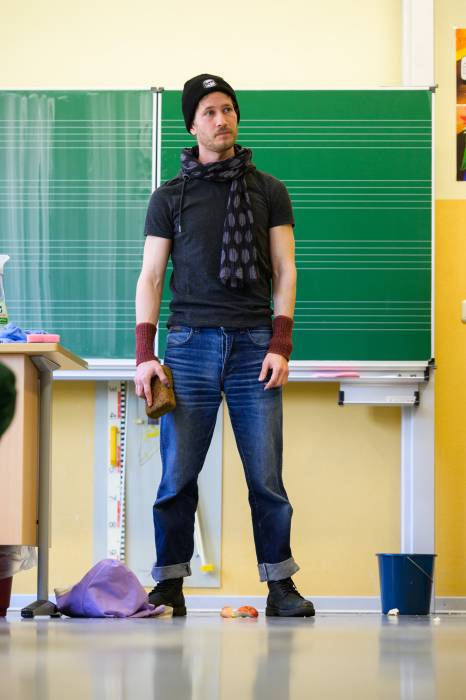 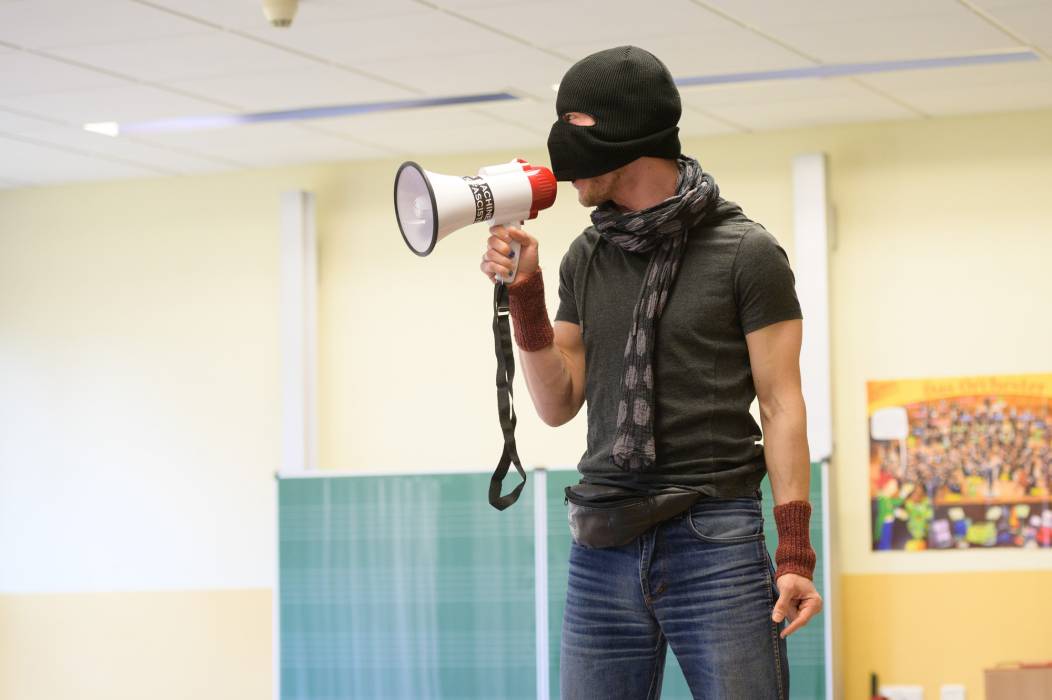 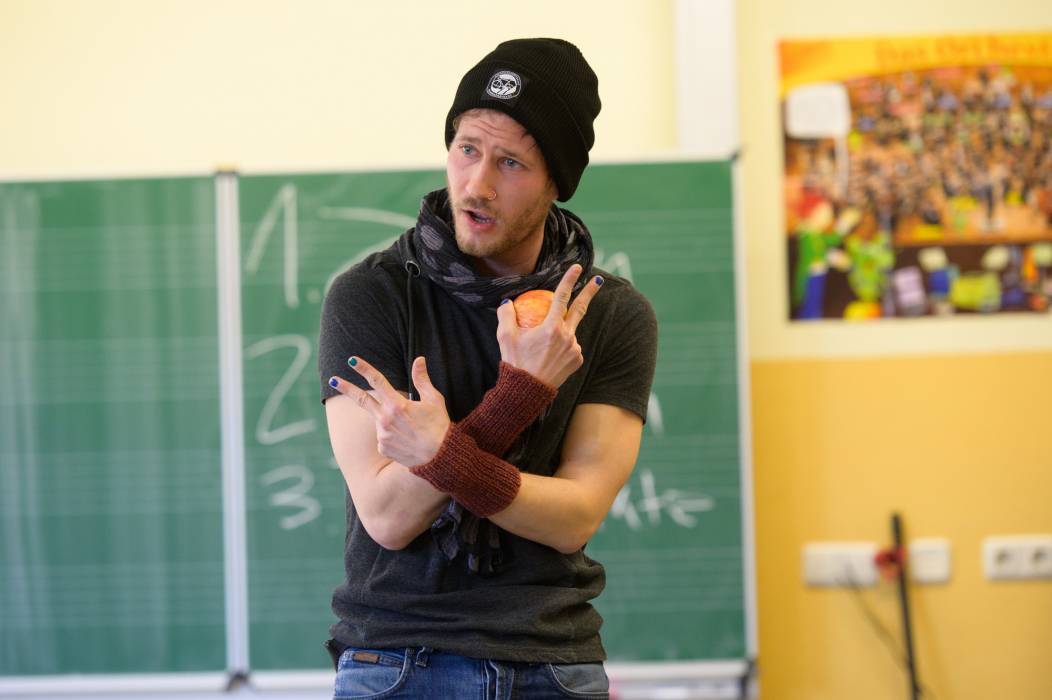 Get active! - thinks Marvin, the protagonist of our new classroom play, who until now has had nothing to do with political activism. Neither at home nor in his circle of friends were demos or "global warming" an issue. Until Marvin, too, becomes aware of the numerous disaster reports that are catapulted into the media world on an almost daily basis: Hunger crises, environmental disasters, states of emergency. He decides to join the weekly protests and turn his life around: foregoing the latest smartphone, a vegan diet and fewer online games - because of the servers! So, alongside Lea, whom he meets at the climate protection demos, Marvin finally feels he can make a difference. Standing up together for a good cause! Fighting against his own powerlessness! But then he notices more and more contradictions in his new environment, which for him are not compatible with a climate-conscious life: Eating vegan, yes, but jetting off to the Canary Islands by plane? Increasingly, Marvin realizes that he won't save the world this way. And that talk must finally be followed by action if he really wants to change something. Marvin finally leaves the Friday demonstrations with their brightly painted signs behind and instead sets his sights on the big fish: the actual polluters of CO2 emissions. So he joins activists who don't even shy away from attacks.... Boom!

What means does the fight against the threats of climate change justify? Christina Kettering explores this question in her new play written for the DNT. Director Magz Barrawasser presents herself for the first time at the DNT with this production.

Under the auspices of the Thuringian Sustainability Advisory Council

Requests for dates to: michaela.untermann@nationaltheater-weimar.de