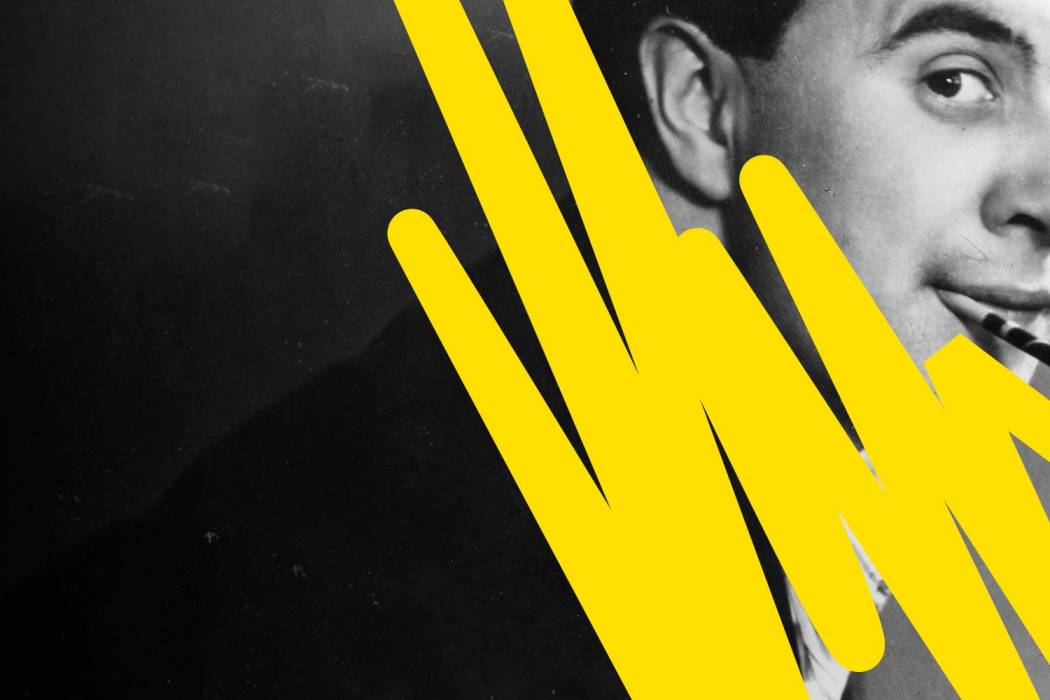 The year 2021 marks the 100th anniversary of Wolfgang Borchert's birth. On November 21, 1947, »Outside the Door« was premiered in Hamburg. Convicted and imprisoned as a participant in the war for so-called decomposition of military strength, and later severely wounded, Borchert made an attempt to capture trauma and death, inner devastation and homelessness in his prose and his only dramatic text immediately after his return in 1946. His early death on the eve of the premiere the following year gave him and his play a myth that could only be put into perspective by later literary criticism and the subsequent differentiation of work and author. Undisputedly, however, Borchert's poetry is still considered decisive for the early artistic confrontation with the experiences of the Second World War.

On the occasion of the anniversary year, we are dedicating a program day to the work and the author: On November 21, 2021, at 4 p.m., we will show our film version of »Outside the Door«, which was produced in the spring, and then invite you to a discussion with Prof. Dr. Hans-Gerd Winter of the International Borchert Society, Theresa Michels of Zweitzeugen e.V., and our dramaturge Eva Bormann. The conversation will be led by Martin Rambow, who successfully campaigned in Weimar for the naming of a street after the writer and for the exhibition »Wolfgang Borchert: Leben - Werk - Wirkung« (Wolfgang Borchert: Life - Work - Impact), which will be on display in the library of the Bauhaus University from October 21 to November 30, 2021.

The day will be concluded by the group BAYON and actor Bernd Lange with their program »Gespräch über den Dächern« (»Conversation over the Roofs«), first performed in 1984, with which they were already allowed to travel to Hamburg in 1987 for the reopening of the Borchert Archive.

A world populated by war returnees and eternal wanderers, by people who are without a way out, who search for the meaning of life and yet carry the answer within them all the time - it is the linchpin of the Borchert project »Conversation over the Roofs«, which was premiered as early as 1984 by the actor Bernd Lange and the musicians Christoph Theusner and Sonny Thet (both from the group BAYON) and has since been shown over 100 times.

The Thüringer Landeszeitung wrote about a performance on the occasion of the 50th anniversary of Wolfgang Borchert's death in November 1997: »Bernd Lange did not merely recite, he interpreted with a sense of subtlety. He carefully weighted the words, tightened, stretched, accentuated, carefully traced the meaning of the content. Christoph Theusner and Sonny Thet underlaid the thoughtful sentences with sound images, concretized musical moods, created meaningful transitions from text to text ...«
Hier Karten zum Preis von 10,50 Euro kaufen