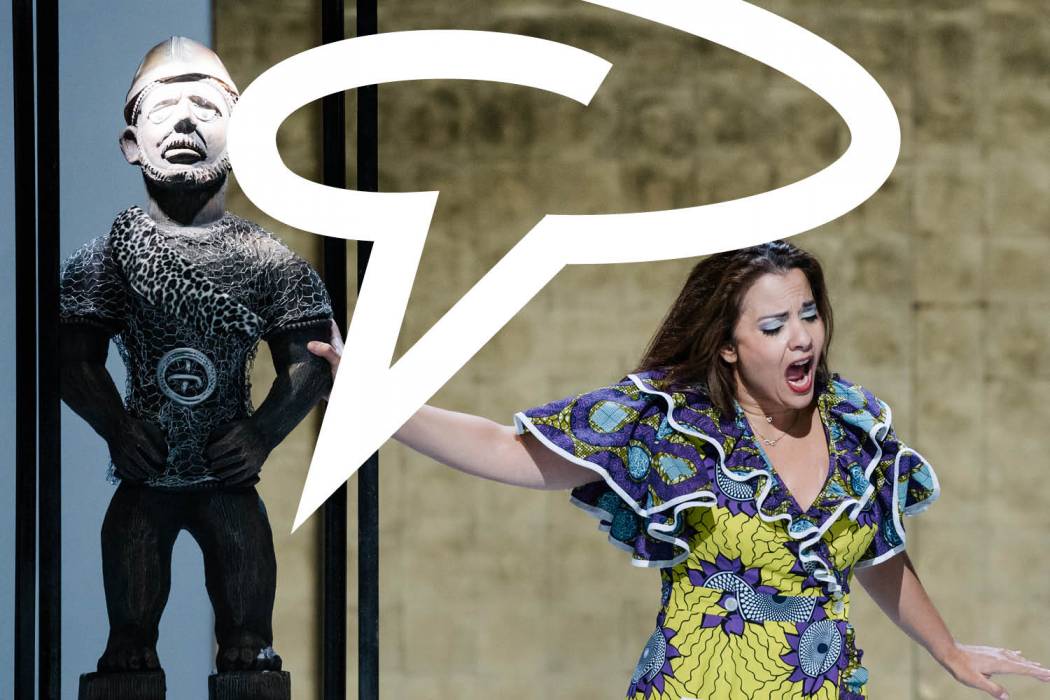 In the new series of talks, opera director Andrea Moses discusses the topics of new musical theater productions with representatives from politics, business, science, culture and other experts in the real world.

With »Aida« Giuseppe Verdi created one of the greatest works in the history of European opera. In doing so, he composed on behalf of an Ottoman elite that ruled over Egypt and adorned itself with luxurious Western cultural goods; he was not interested in Africa for a second. Supposedly Egyptian and apparently Ethiopian he appropriated solely for the sake of effect. In this respect, »Aida« is not only a play about colonialism, but rather a testimony to it.

Andrea Moses' production deals with questions of cultural appropriation and dispossession. She moves the action to a modern ethnological museum, where the conflicts of our time are condensed in the dispute over so-called looted art.