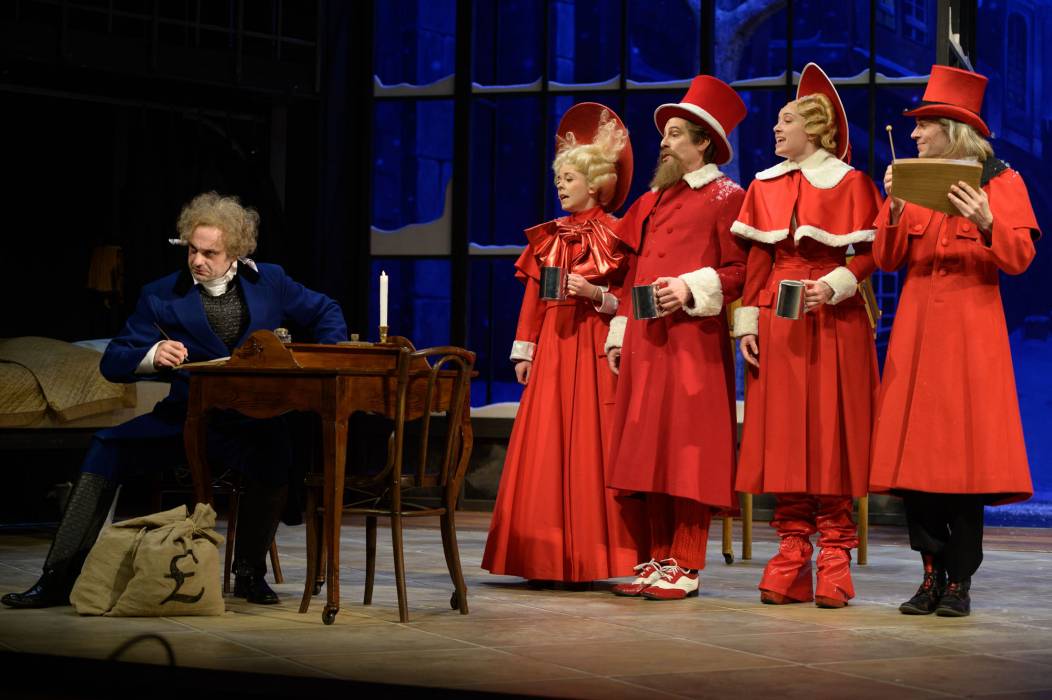 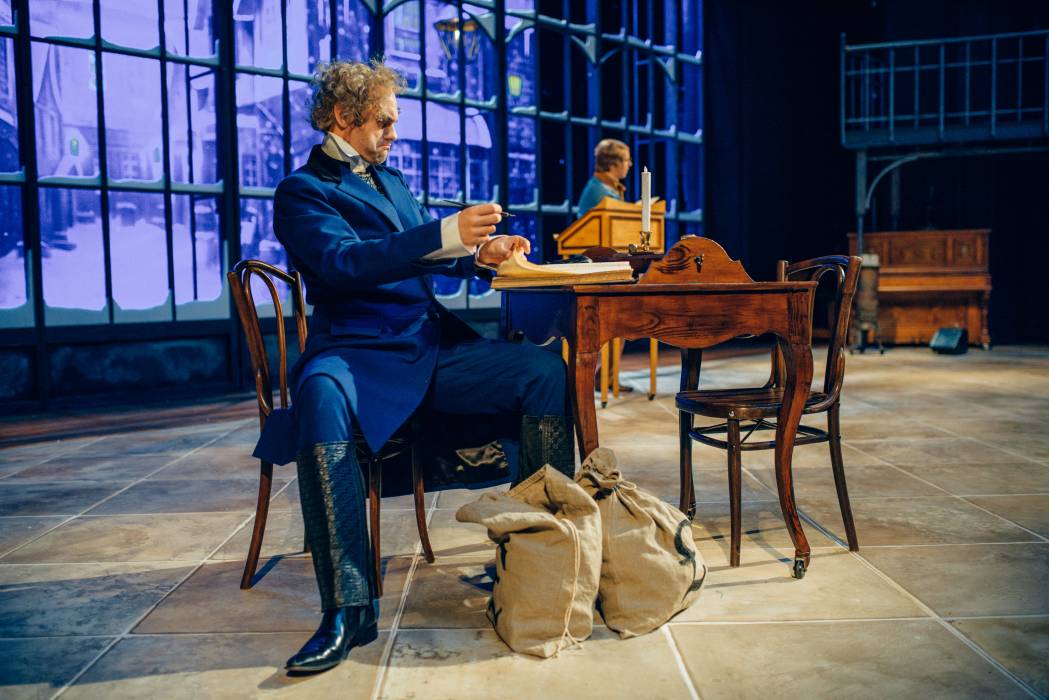 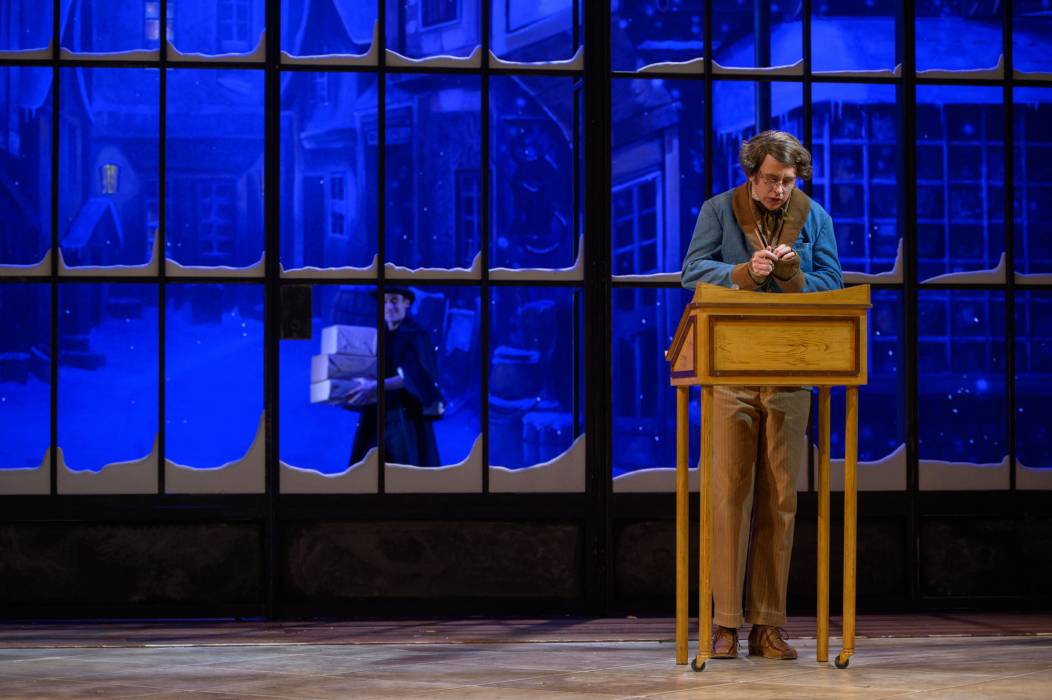 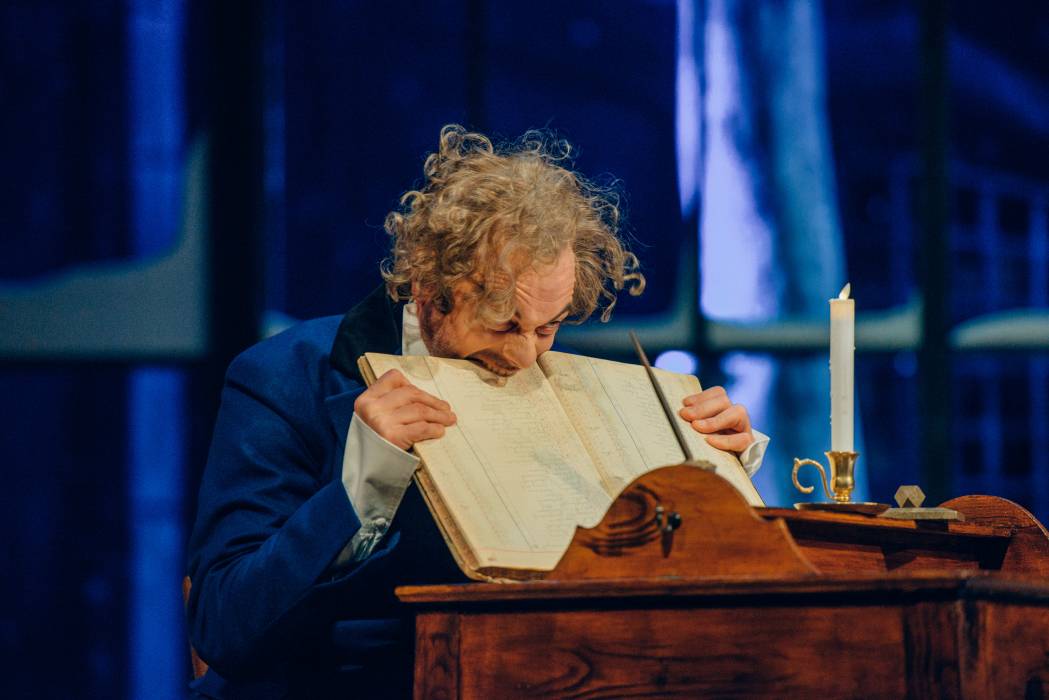 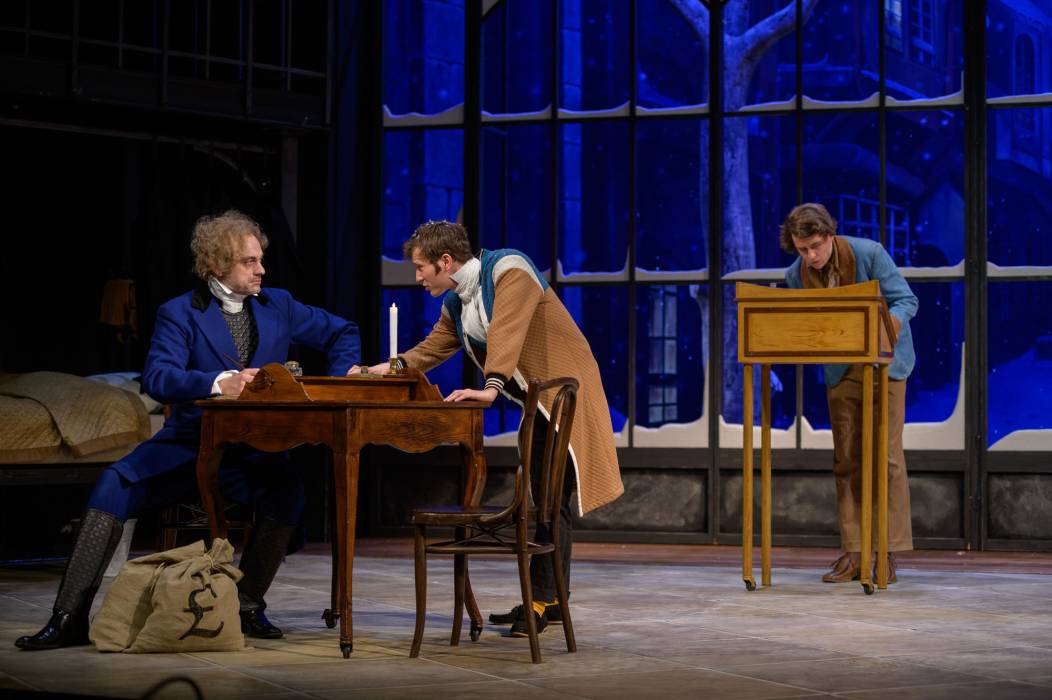 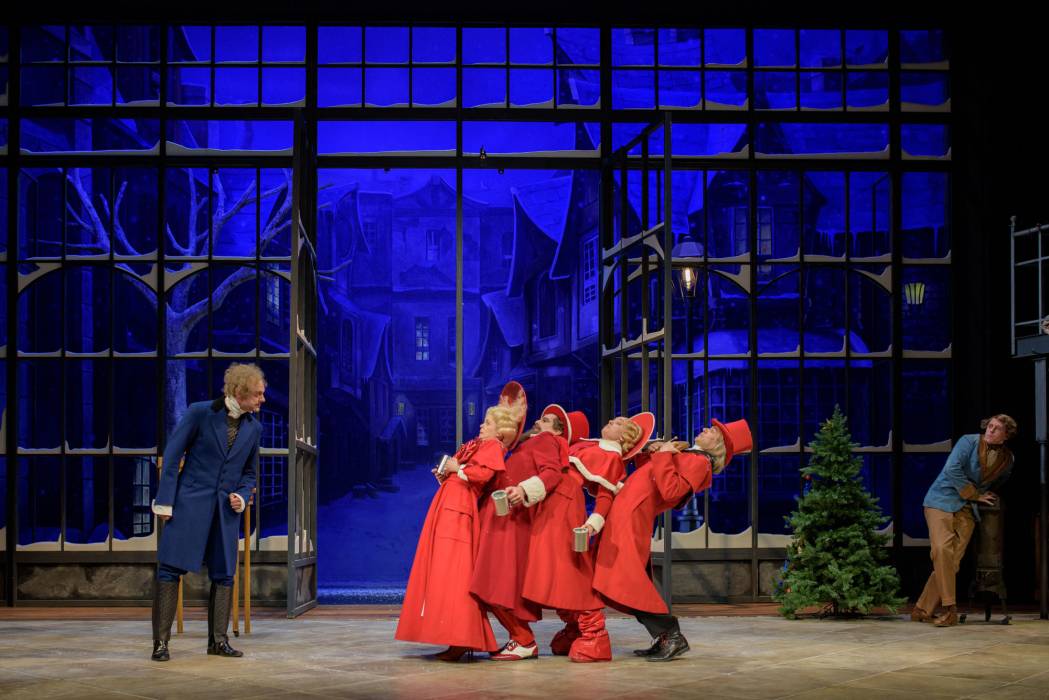 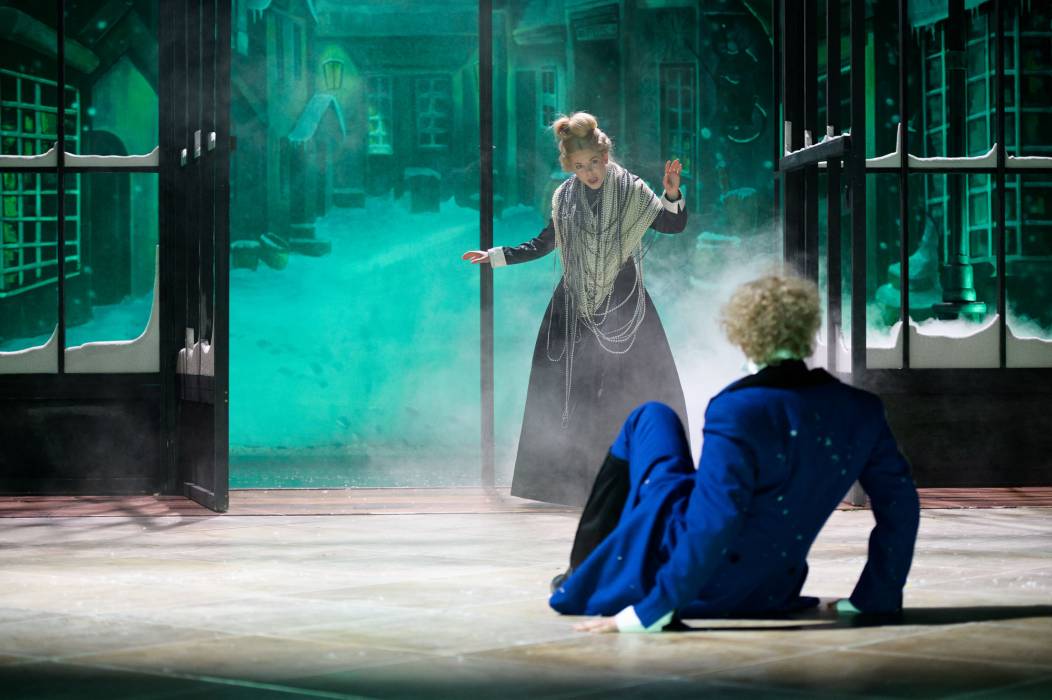 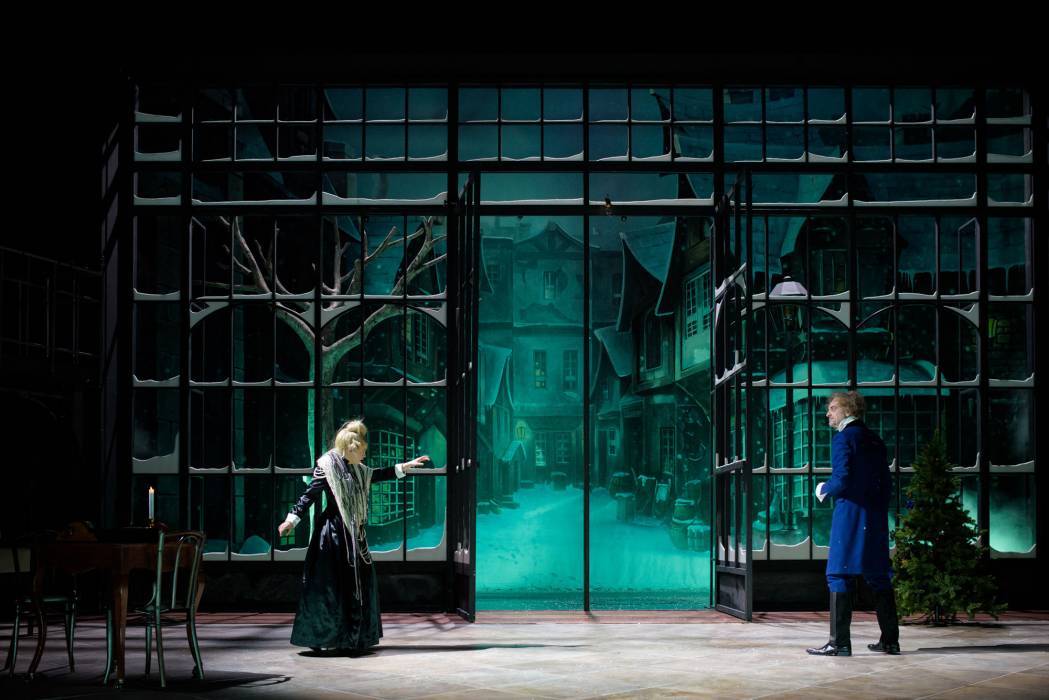 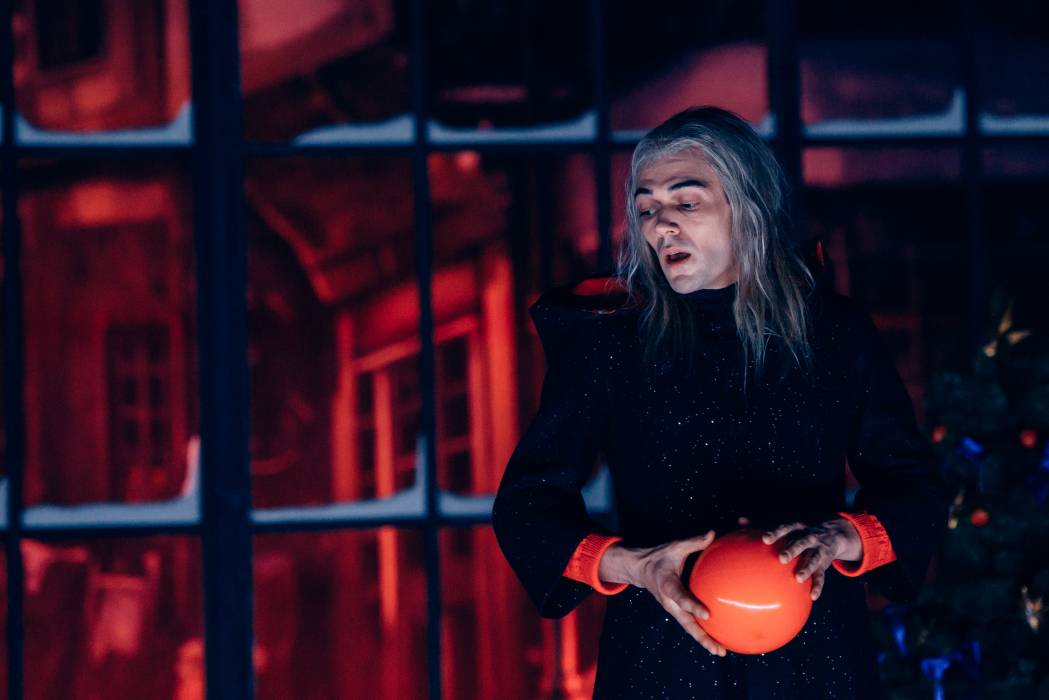 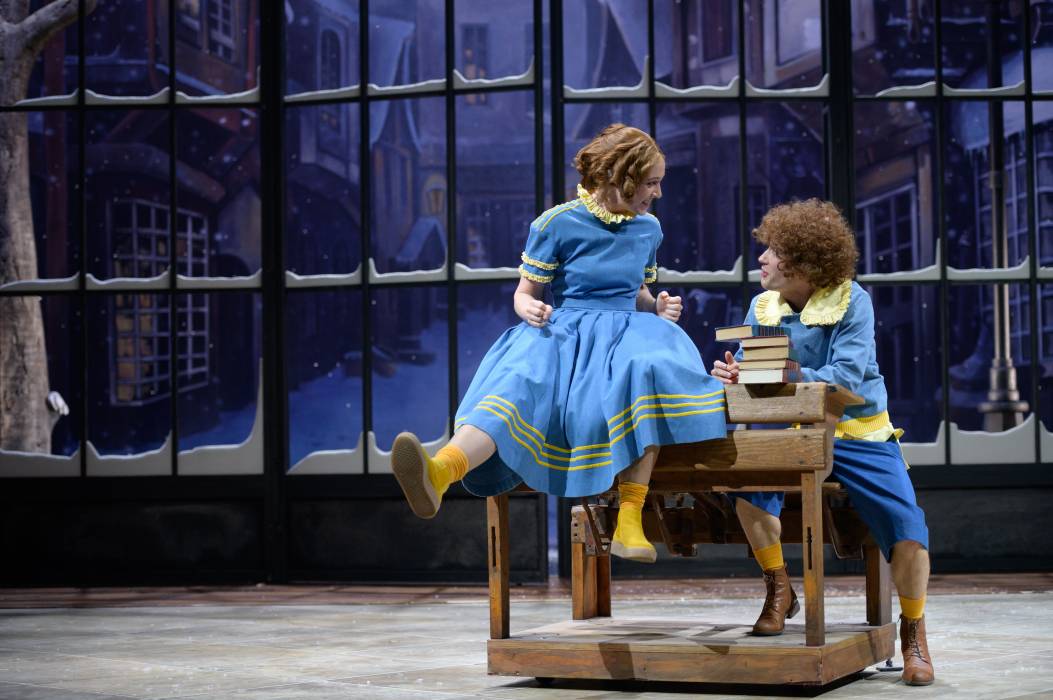 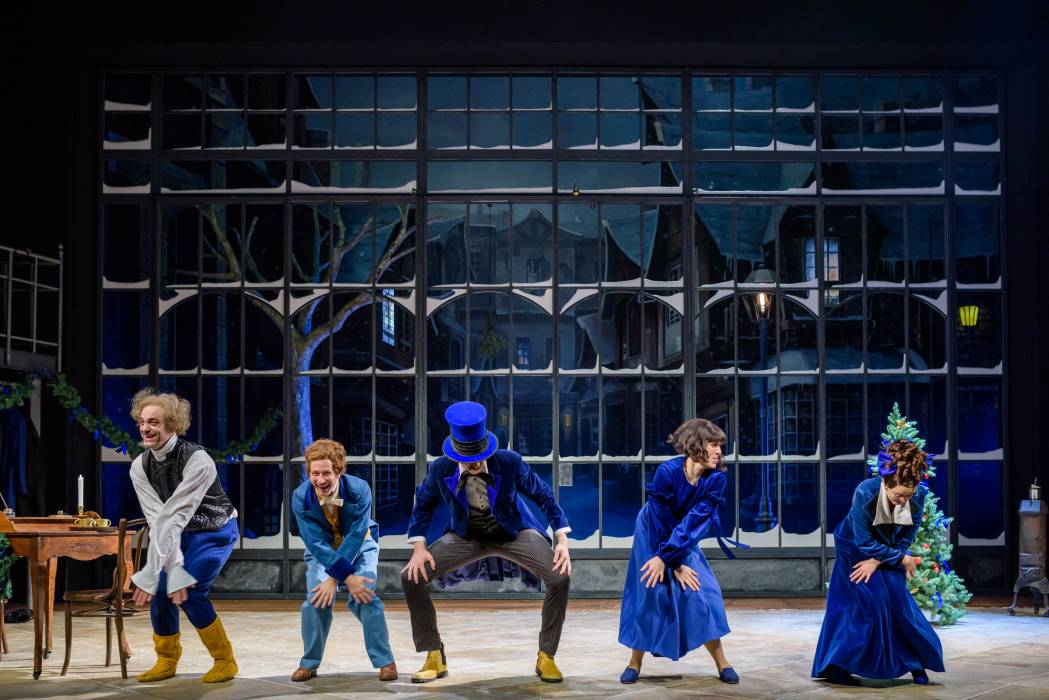 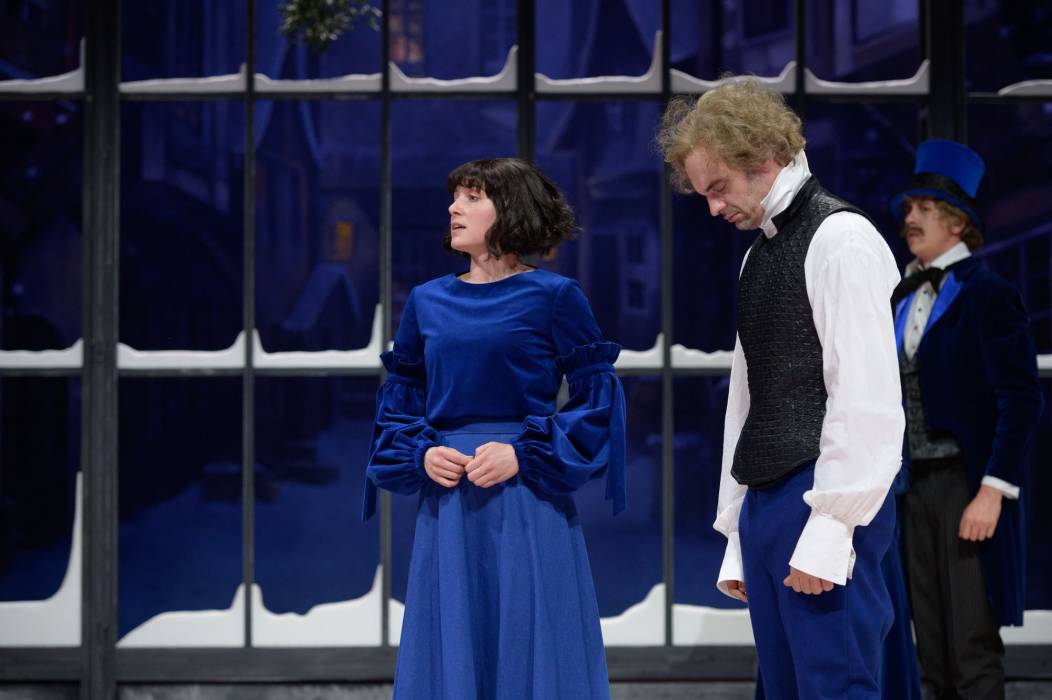 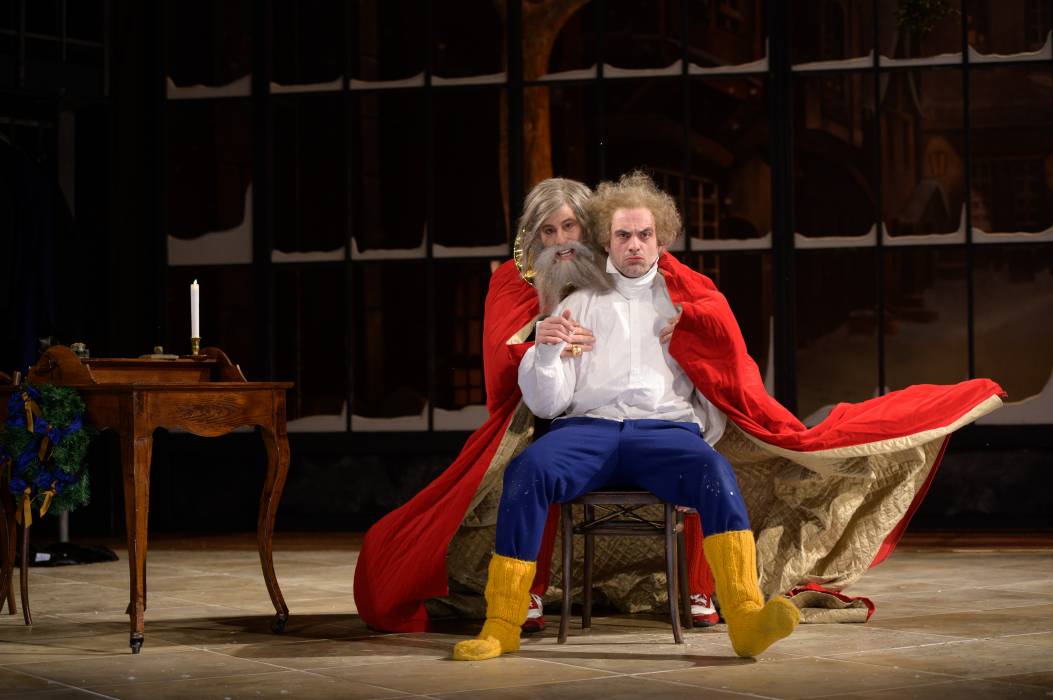 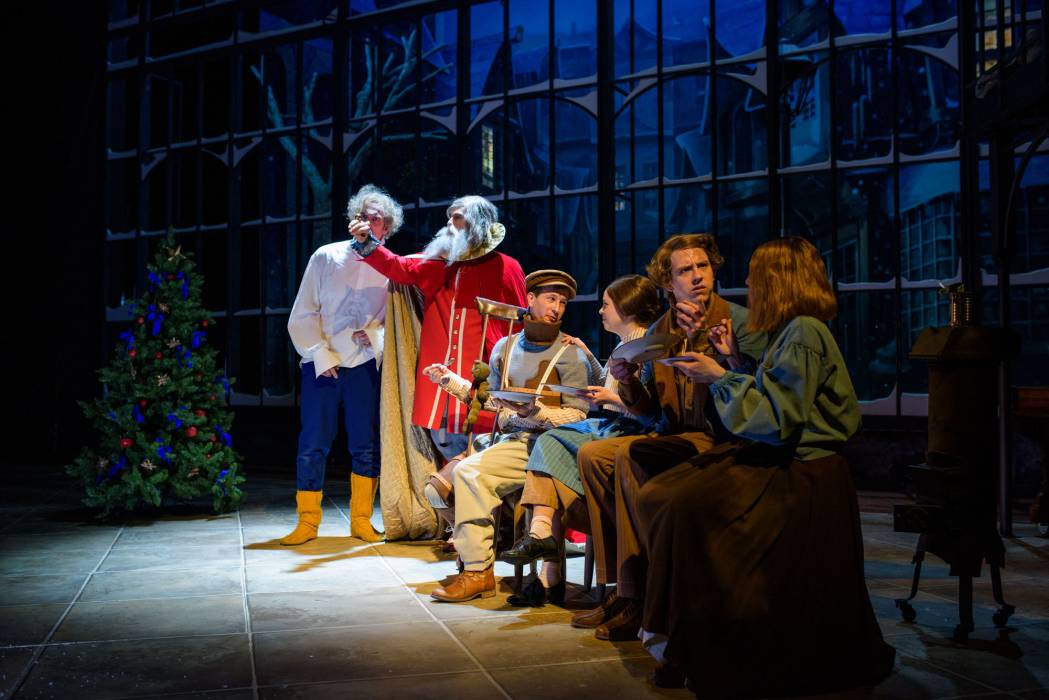 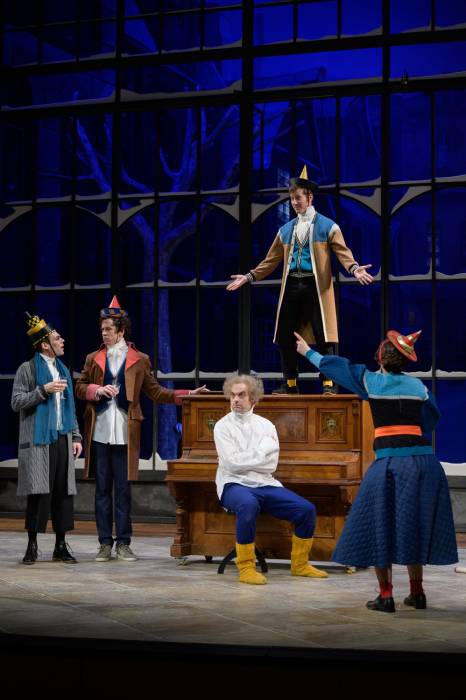 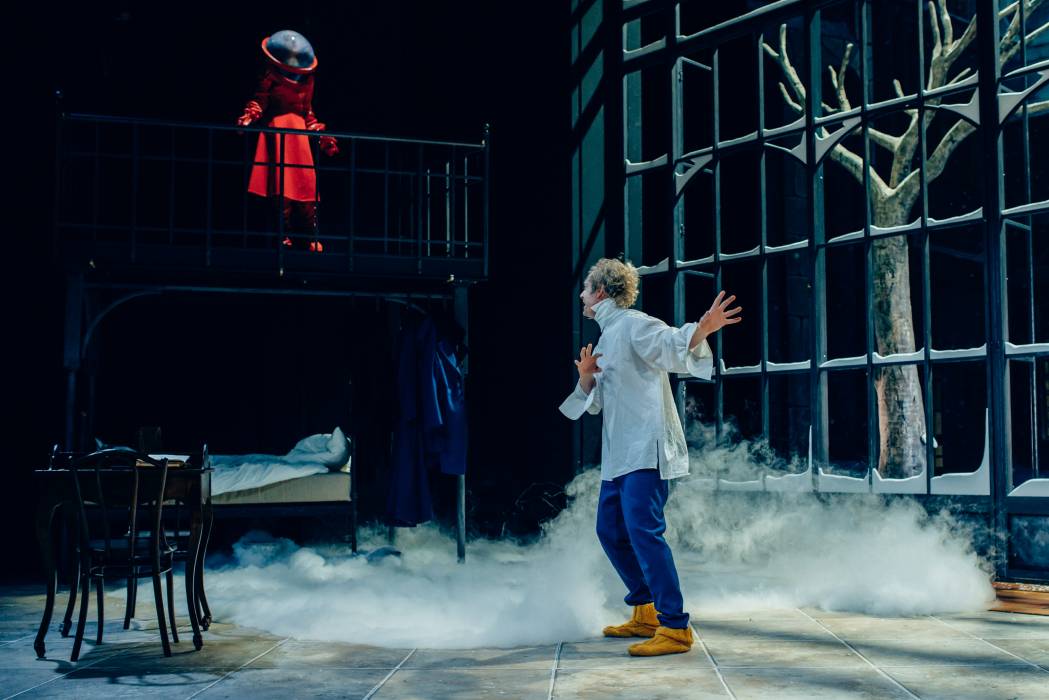 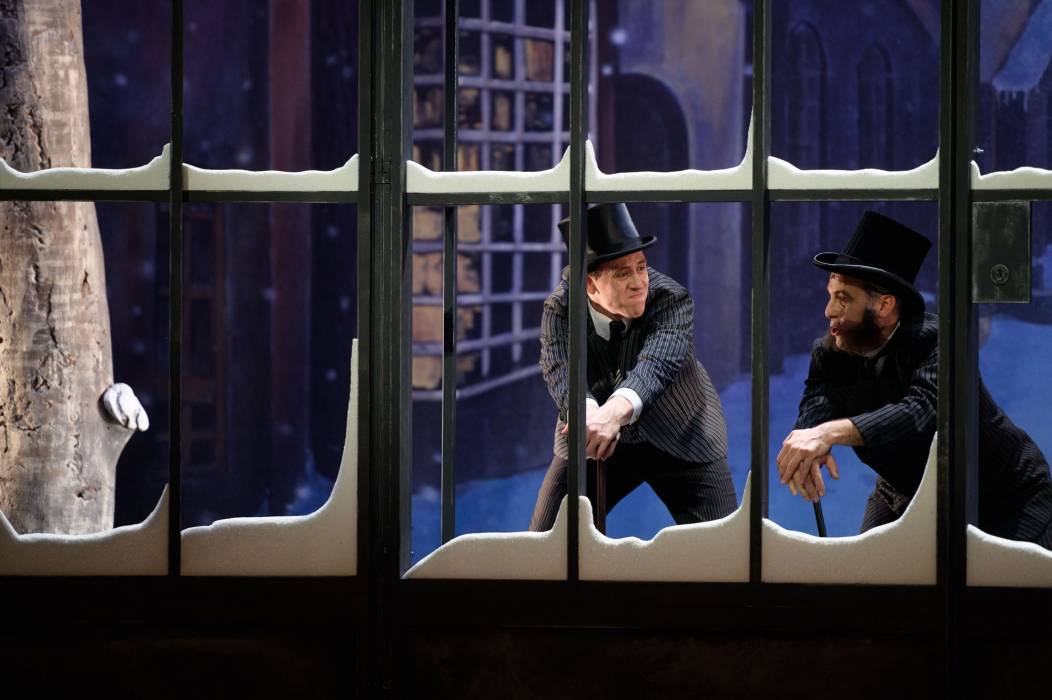 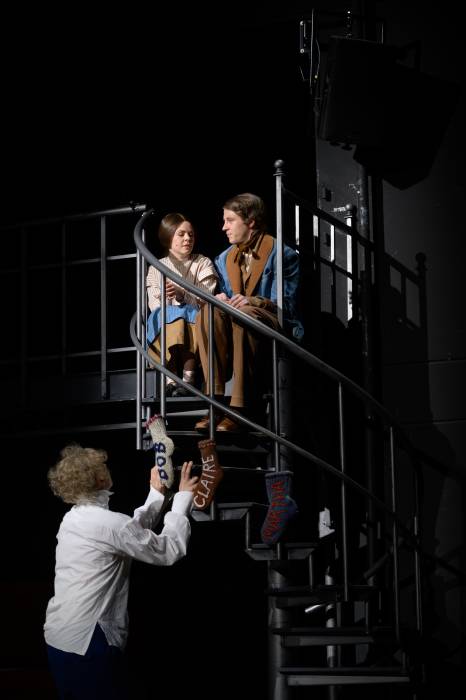 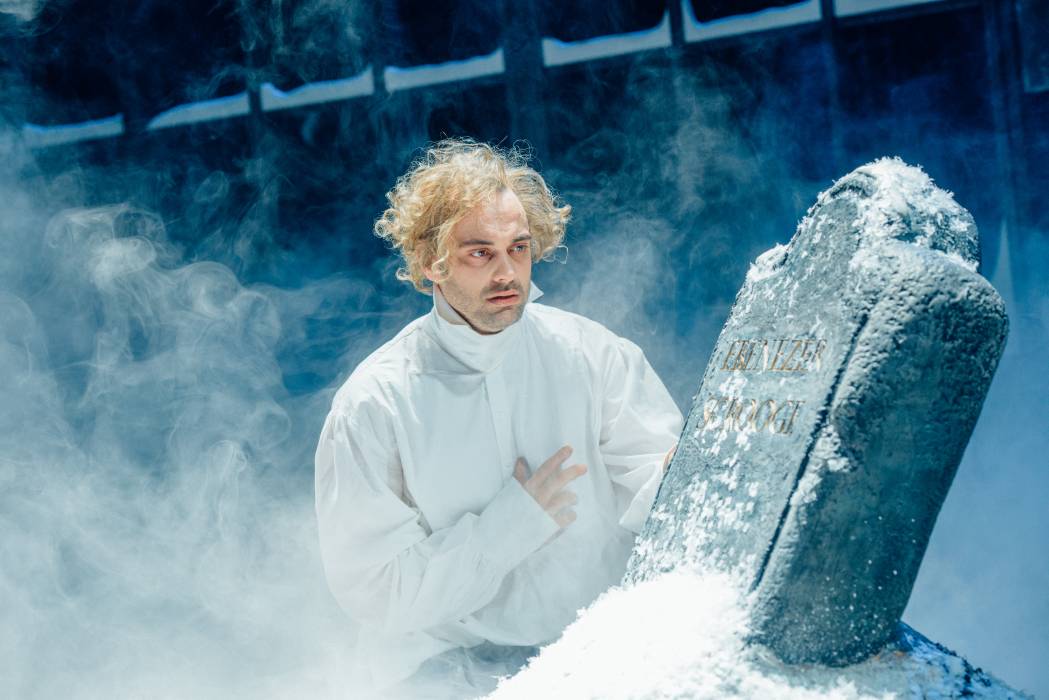 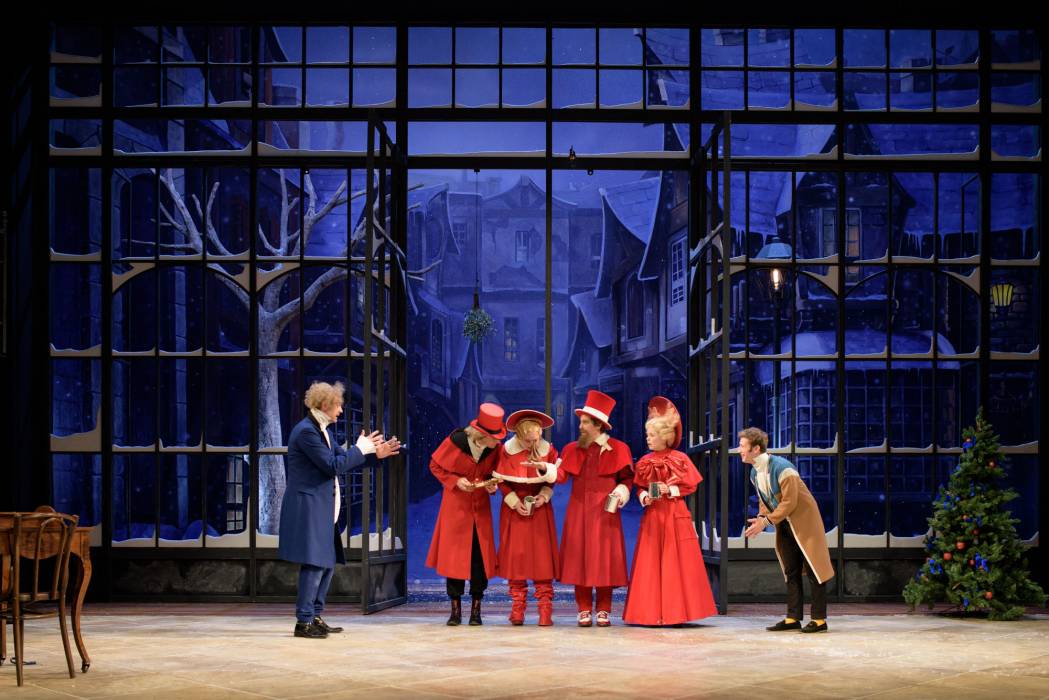 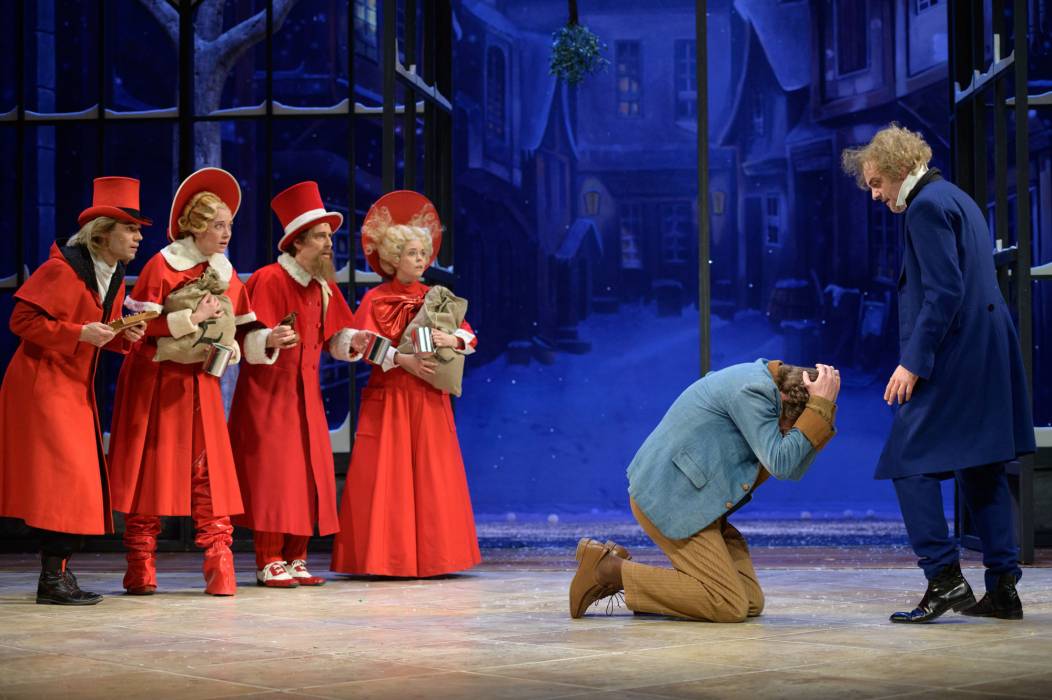 A Christmas tale by Charles Dickens

»Humbug!« For the old grump and pinch-penny Ebenezer Scrooge, Christmas is a colossal waste of time. Family, friends and the welfare of others mean nothing to him. Humbug – all of it! Those seeking alms for the poor, he sends away empty-handed. He makes his employee Bob Cratchett show up for work even on Christmas morning. And he scornfully turns down a well-meaning invitation to a Christmas feast from his nephew Fred. But one night, the ghost of his former business partner Jacob Marley appears before him. A tortured soul, condemned to haunt the world forever on account of his greed and selfishness. Marley warns Scrooge that a similar fate awaits him if he does not change his ways and announces that he should expect three more visitors that very same night. Scoffing at the warning, Scrooge goes to bed, but is suddenly awoken by the first of three spirits. The ghost, standing at his bedside, whisks him away to his past. Will the spirits succeed in warming the heart of the old miser? And will Ebenezer Scrooge celebrate Christmas after all?

The director Swaantje Lena Kleff has staged productions at the Landestheater Linz, the Badisches Staatstheater in Karlsruhe and several at the DNT Weimar. Now she will enchant young and old with Charles Dickens’ Christmas classic in the main auditorium. An early Christmas present for the whole family!