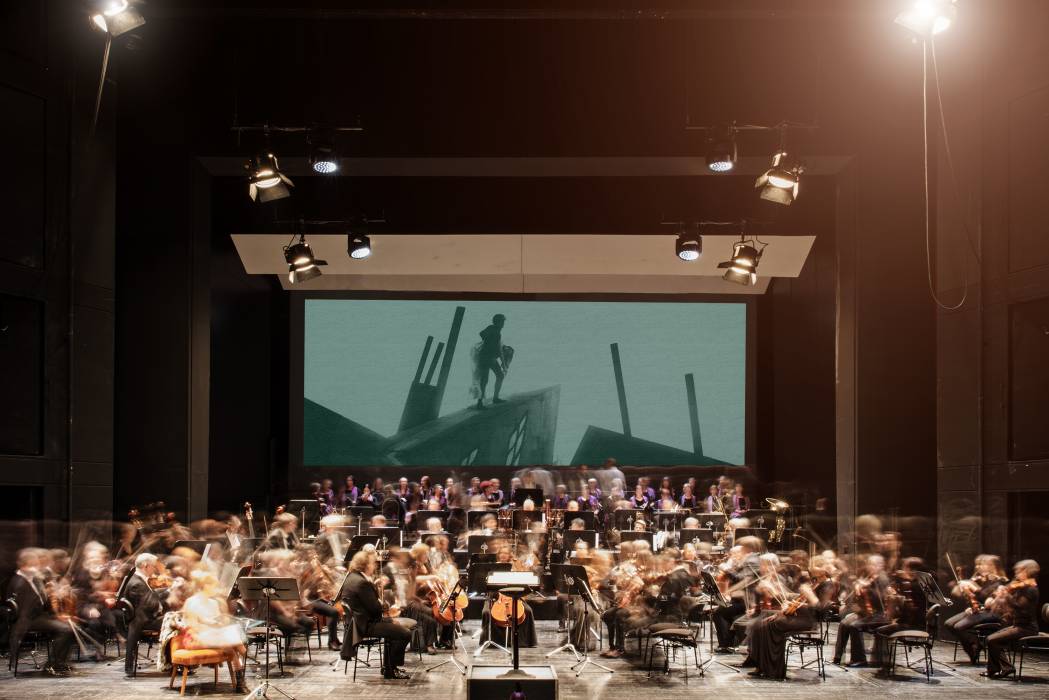 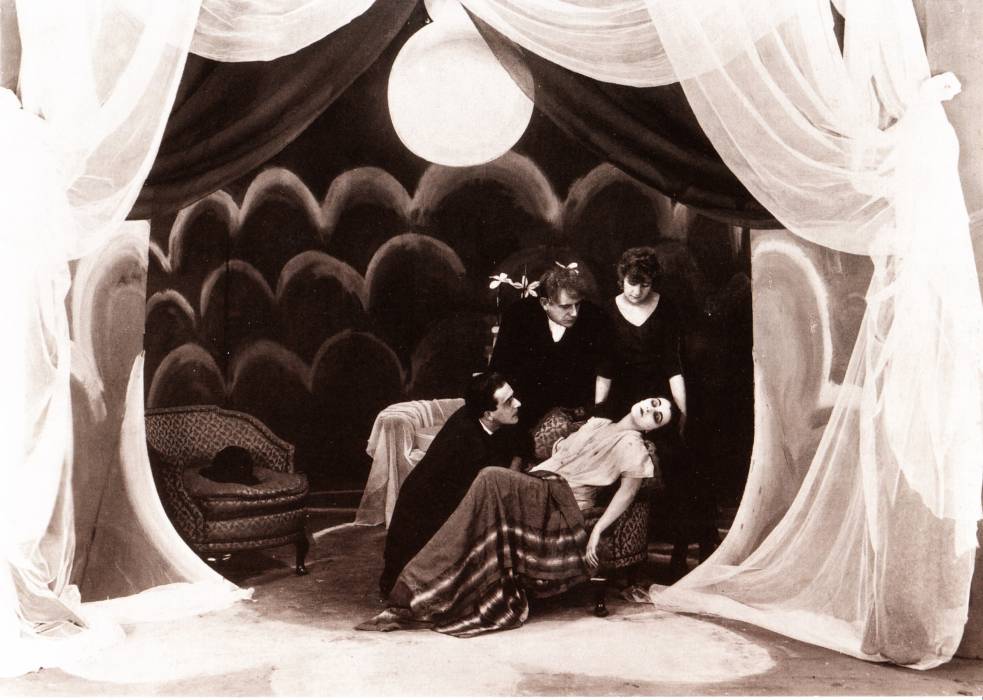 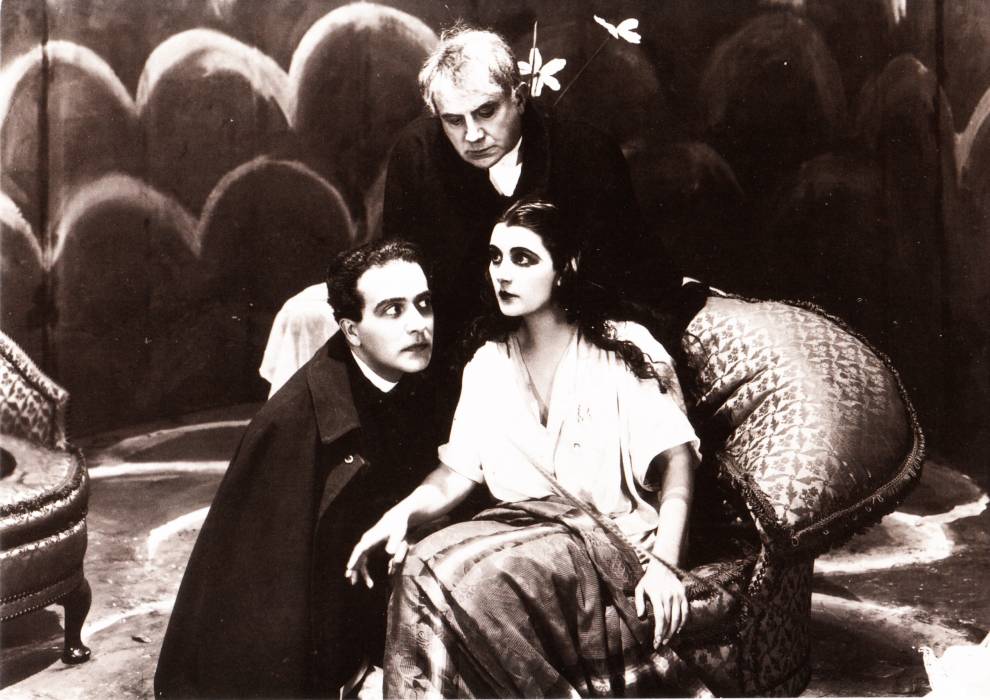 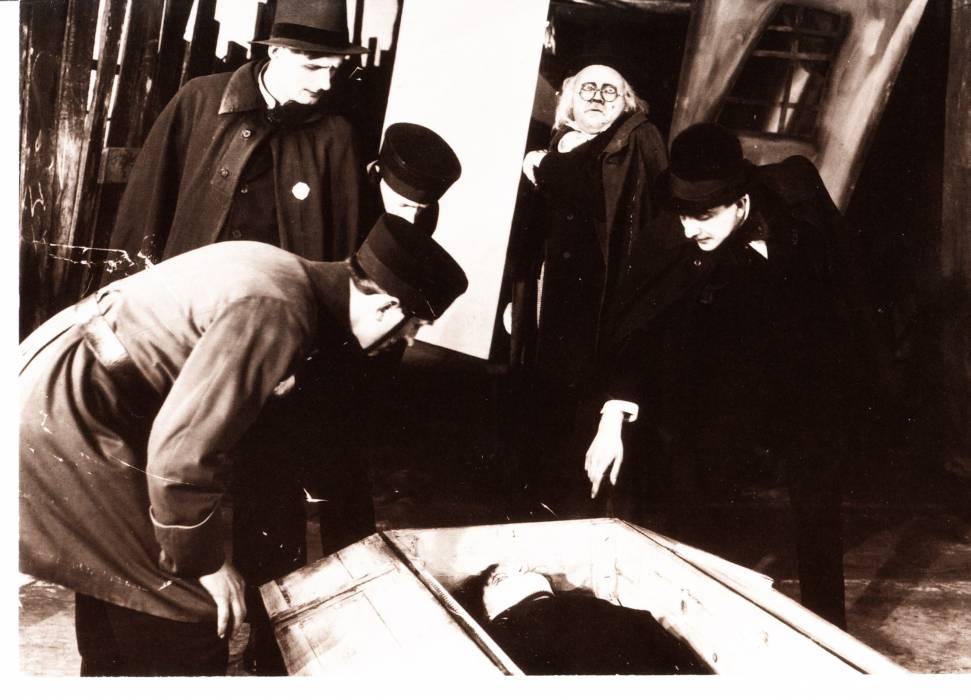 The Expressionistic silent film classic »The Cabinet of Dr. Caligari« with its provocative visual imagery tells the story of the mad Dr. Caligari. With the aid of the somnambulist Cesare, he spreads fear and terror through a small northern German town by commanding his nighttime assistant to commit gruesome murders. As suspicion grows that Caligari is behind the killing spree, an angry mob forms a posse to capture the fleeing doctor. He is finally apprehended at an insane asylum, where it turns out he is the director ...

Frank Strobel, an internationally renowned film and music expert, has arranged a new score for the classic horror film from 1919. The music originates from that turbulent period and confronts Wiene’s powerful imagery with expressionistically grating tones and the contrasting music of the New Viennese School in terms of its objectivity. A roller-coaster of emotions, optically and acoustically – nothing for the faint of heart!