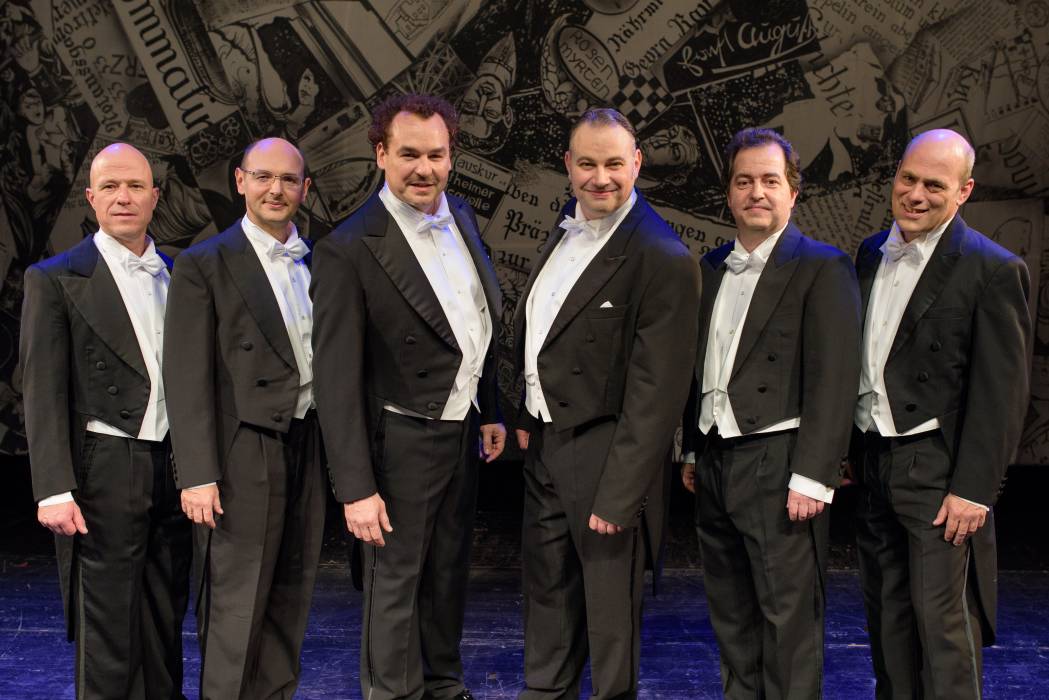 With their extraordinarily high level of musical ability, vocal perfection and comedic-parodic originality, the "Comedian Harmonists" became celebrated stars in the late 1920s and drew countless people to their concerts. Only the National Socialist racial mania and the ban on performances by Jewish artists put an end to the spectacular career in 1935. The Berlin a capella vocal group with piano accompaniment broke up and was largely forgotten in the post-war period, unlike their songs, which became evergreens.

In addition to Joseph Vilsmaier's film, Gottfried Greiffenhagen's play "Veronika der Lenz ist da - Die Comedian Harmonists" brought the history of the famous singing quintet back to life on German theater stages starting in 1997, and was also a regular perennial favorite on the DNT's playbill starting in 1998. In 109 performances, the Weimar "Comedian Harmonists" thrilled their audience with legendary hits such as "Mein kleiner grüner Kaktus", "Schöne Isabella von Kastilien", "Ein Freund, ein guter Freund" and, of course, "Veronika der Lenz ist da". Look forward to an unforgettable evening with the snappy harmonies and humorous lyrics of what was probably the first German "boy band", which enjoyed great popularity then as now with young and old.