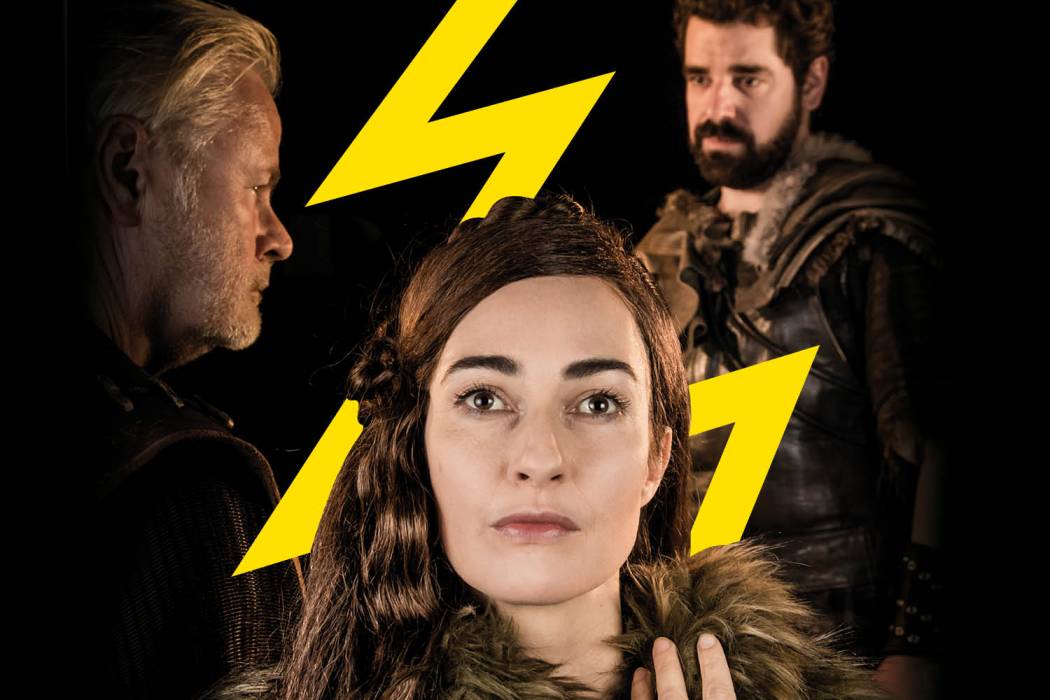 The story of the dragon-slayer Siegfried, who, equipped with the great sword Balmung and a cloak of invisibility, stirs up the Burgundian court in Worms, where the bravest knights of the age have gathered, has many facets. They range from fantasy games to the gigantic opera saga »The Ring of the Nibelung« by Richard Wagner.

The poet Friedrich Hebbel finished his own version in 1861, even before Wagner.

Into the boredom at the Worms court bursts hero Siegfried, who wants to measure his strength with King Gunther and his men. An unequal contest! For how does one win against a man who has been made invulnerable by dragon's blood except for a tiny spot? But this invincible fellow, who – love at first sight – desires Kriemhild, the daughter of the house, can be of use. He is to bring Brunhild, the mysterious queen of Isenland, home as a bridal trophy for Gunther. Brunhild forces her suitors into a life-threatening contest, which only someone like Siegfried can pass unscathed.

The deal between him, Gunther and the latter's faithful adjutant Hagen (one hand washes the other, after all) is quickly concluded: Kriemhild is to be given to Siegfried if he conquers Brunhild for his future brother-in-law.

The deal succeeds. However, only until the double wedding night, when Gunther is defeated by Brunhild and has to summon Siegfried to his aid again. Protected by the cloak of invisibility, he overpowers Brunhild once more. The proud queen eventually learns that violence has been paired with betrayal when Kriemhild, full of scorn, presents her with the belt that Siegfried appropriated on the ill-fated night. The vow of silence between Gunther, Hagen and Siegfried is broken. And Hagen insists on Siegfried's death for the sake of his king's honour.

The murder plan, which Hagen carries out with extreme precision, has consequences: it does not soothe the pain of the wronged Brunhild, but it drives a wedge between Gunther and his brothers and turns Kriemhild into a relentless avenger. She marries a second time. The power of Etzel, the pagan King of the Huns, a mighty conqueror, comes just in time for her to plot her revenge. Thus she invites everyone to a family party at King Etzel's domicile on the Danube. And finally, after seven years, the Burgundians, including their favourite enemy Hagen, arrive in the land of the Huns ...

The 12th century epic poem »Nibelungenlied«, on which Hebbel's play is based, was elevated to the status of a German national myth in the 19th century at the latest. Its changing interpretation is part of German actual history. Hebbel's epic, which premièred in Weimar in 1861, remains close to the myth, but unfolds as a psychologically precise study of hubris, wounded pride, demarcation, political intrigue, well-intentioned betrayal, revenge and loyalty, which is both frightening and impressive in its radicalism.