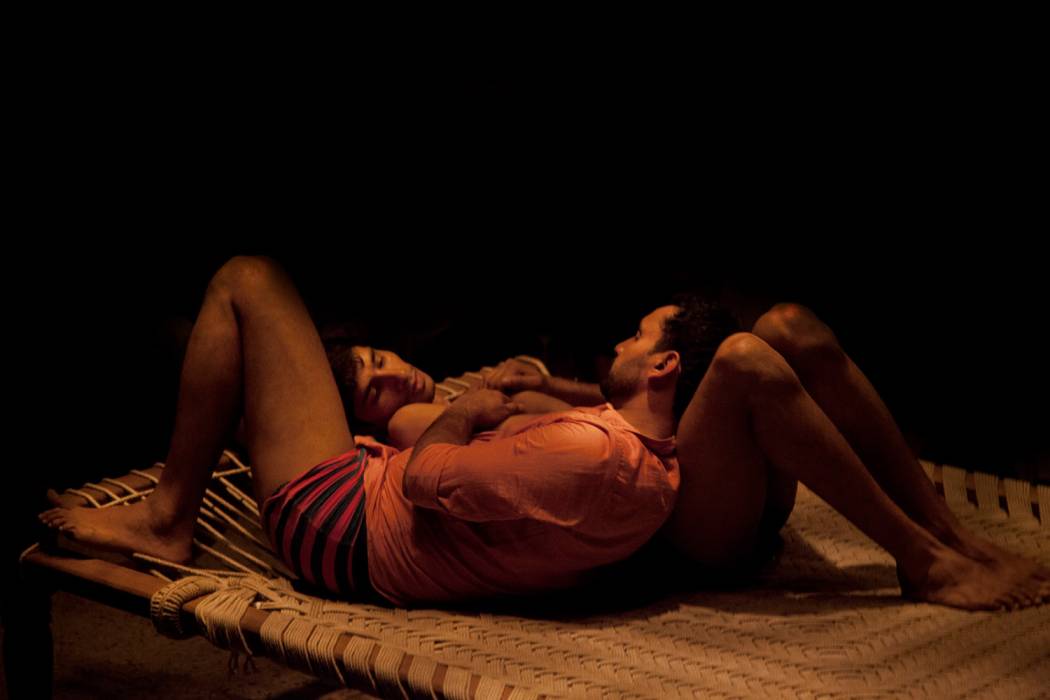 For over 160 years, India’s penal code, Section 377, which dates back to the British colonial era, criminalised same-sex love. The law was overturned by the Supreme Court in 2018, but homosexuality is still a taboo subject. With »Queen-size«, choreographer and activist Mandeep Raikhy delivers an artistic response to the arbitrariness and violence of this law and creates a case for the fundamental right to love. He takes the audience into the bedroom of two men, where they meet physically and emotionally. Demonstratively, the two performers celebrate their movements and turn themselves into self-determined objects of desire. The duo confronts the audience with a private sphere while showing a multi-layered performative play with voyeurism and censorship. It becomes clear that social notions of heteronormativity cannot determine the constitutionally guaranteed freedom of sexual orientation. And that it is not the business of the state to interfere in personal affairs. »Queen-size« was performed more than 75 times in over 30 cities across India and other parts of the world between 2016 and 2019. The choreography was produced by Sandbox Collective, founded by the two theatremakers Nimi Ravindran and Shiva Pathak, who will be awarded with the Goethe Medal on 28 August in Weimar. The production is now being shown for the first time in Weimar in cooperation with the Goethe-Institut. »Queen-size« runs in a 45-minute loop played out continuously over a period of two and a half hours. The audience can enter the performance space at certain intervals and stay as long as they want.

TALK WITH THE AUDIENCE
Sun, 28. Aug after the performance around 8 pm the discussion with the audience will take place with Mandeep Raikhy and Sandbox Collective, Moderation: Nora Hertlein
Without language
Age 16+