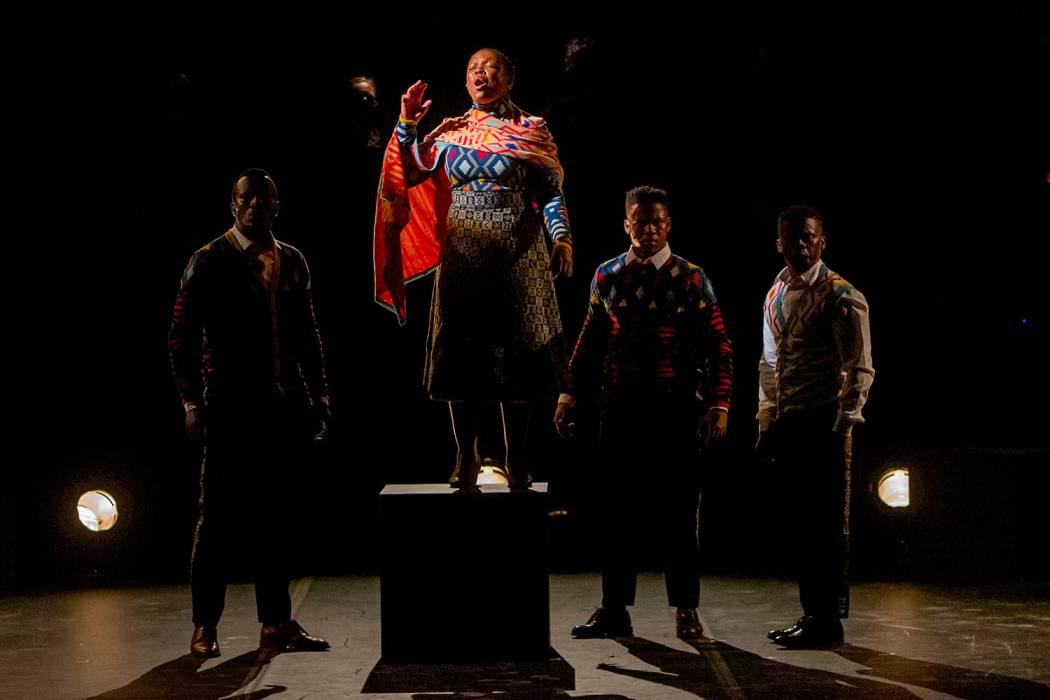 The "African Choir" was the name given to a choir of young South African singers who, some 130 years ago, between 1891 and 1893, traveled by ship on tour to Great Britain and North America. The highlight was a performance before Queen Victoria. The trip left its mark on the singers, some of whom became leading activists and social reformers in their homeland. Despite their success, the concerts were not documented; it was not until 2014 that photos surfaced in a London archive. This inspired Thuthuka Sibisi, among others, to create the installation "The African Choir 1891 Re-Imagined," which became the basis and inspiration for the choreographic music theater BROKEN CHORD. Gregory Maqoma, who also performs on stage, integrates traditional Xhosa dance elements into his own contemporary dance style. In biographical fragments, BROKEN CHORD traces the history of some of the choir members in the mirror of English colonial politics. The music theater retrospectively questions the role of the European colonial powers in the course, but also in the reception of South African history - in times when the restitution of art stolen at the time has become a hot topic of discourse. The South African a cappella quartet will be joined by vocAlumni, a 16-member concert choir of the alumni of the Rutheneum Gera.